I was struck by how multiethnic Bratislava is, a Canadian diplomat says 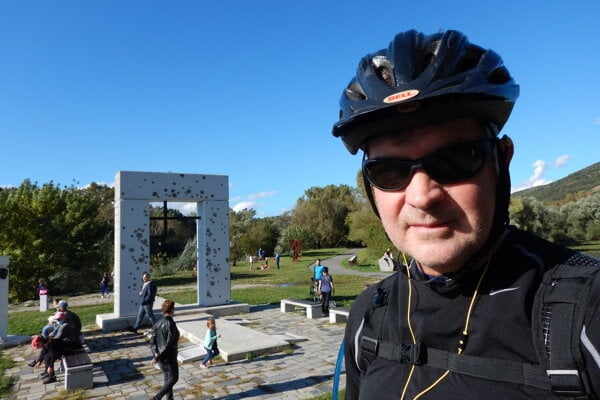 “I hadn’t ever been here before. I really regret that,” the native of Ontario said.

To this day, he remembers his arrival in Bratislava, which he considers, together with Slovakia, ‘one of the best kept secrets in Europe’.

As he was approaching the capital from Vienna, the first thing that he was enraptured by from a great distance was the Bratislava Castle, one of the landmarks of the Slovak capital.

Listen and download: You can listen to our 'Spectacular Slovakia' podcast on your device viaApple Podcasts | Spotify | Google Podcasts | SoundCloud. Don't forget to download an episode of the podcast in case you would like to listen to it offline.

During his four years in Slovakia, von Kaufmann also learned a lot about the history of the country and royal Bratislava, which in 1536 became the capital of the Kingdom of Hungary for two centuries.

“I’ve tried to read everything I can about Slovakia’s history,” he said. “It’s a fascinating story.”

During his research, von Kaufmann learned about the Public Against Violence (VPN) movement, which was formed at the Umelka Gallery in Bratislava in November 1989, and the iconic photograph taken by Ladislav Bielik in 1968, which portrays a man in front of a Warsaw Pact tank in front of Bratislava's Comenius University.

“Almost everywhere I go in the city, I learn something new and interesting,” said the Canadian chargé d’affaires.

Only recently did he learn more about the rich history of the Bratislava Jewish community thanks to a visit to the Chatam Sofer Memorial.

“What has struck me most is how the city was always a very multiethnic city.”

While in the past, German and Hungarian were largely heard through the streets of Bratislava, the previous diversity was lost due to wars and communism. However, different cultures returned to Bratislava after the fall of the communist regime and more foreigners, including those from Canada, are moving to the capital .

“Since 1989, I think, Slovakia has opened up again to Europe and to the world,” von Kaufmann said.

Run by the Danube, swim in Bratislava lakes

In addition to history, the Canadian diplomat also likes concerts. He has gone to some held in the Primate's Palace and the Slovak Radio building, which resembles an inverted pyramid. However, he would welcome more live music in the streets of Bratislava.

“I love running beside the water,” he also said. “It actually reminds me of Ottawa because Ottawa is also a city on a river, with some canals as well.”

Sometimes, he goes on more challenging runs uphill to Koliba. While a run along the Danube promises great views of the castle, bridges, or the St. Martin’s Cathedral, Koliba is a completely different experience: “It’s like you’re in the wilderness, you know, minutes from the city.”

The Canadian chargé d’affaires, who goes swimming in Bratislava lakes in the summer, is convinced that Canadians and Slovaks share a love for the outdoors. Although he is familiar with Kuchajda and Vajnorské jazero lake, for practical reasons he prefers the Zlaté Piesky lakes and Draždiak: “Draždiak is just closer to me.”

He has also tried swimming in one of the branches of the Danube and would like to try canoeing or kayaking on the river.

“One thing I miss from Canada is canoeing on a lake.” 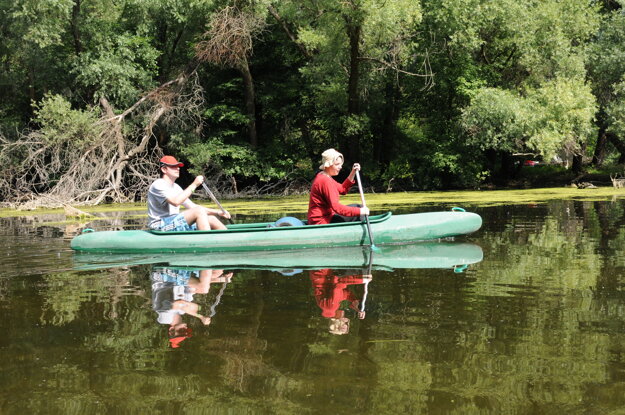 However, the calm-water branches of the Danube River, including Karloveské rameno (Karlova Ves Oxbow Lake) or Malý Dunaj (Little Danube), are a suitable alternative for paddling within the Slovak capital.

Von Kaufmann acknowledges that there are still many places in Bratislava that he has yet to discover, but he knows the Old Town quite well: “It’s on a scale that is manageable. It’s not so huge that you’re exhausted going from one end to the other.”

In four years, he has fallen in love with old Bratislava, as well as its inhabitants who enjoy life on the streets regardless of the weather. He also likes to discover hidden courtyards with little-known restaurants. 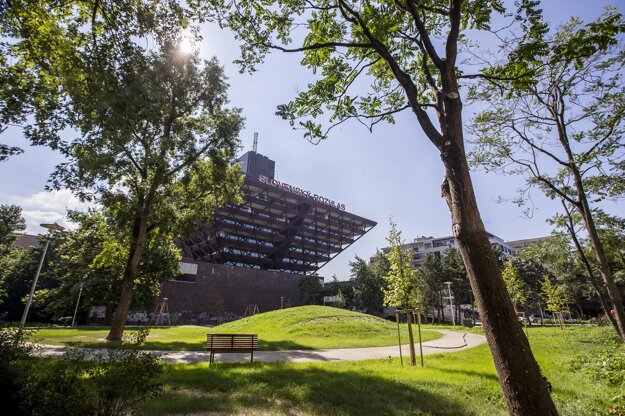 Von Kaufmann said he would welcome more bike paths in the city, but he recently rediscovered the wider surroundings of Bratislava from the saddle of his new bicycle.

“I have cycled through the woods around Kamzík, to Danubiana Gallery [...],” he noted.

These are all places that tourists will not find in the centre of Bratislava. Those who visit the city can discover many more beautiful spots beyond Bratislava's downtown and even explore other parts of Slovakia, which Canadian chargé d’affaires John von Kaufmann described in three words: “Mountains, forests and castles.”

Castles are something Canada does not have, although in the country tourists come across hotels or other buildings that are reminiscent of castles. For example, people who love castles are sure to enjoy the Château Laurier in Ottawa and Château Frontenac in Quebec City. 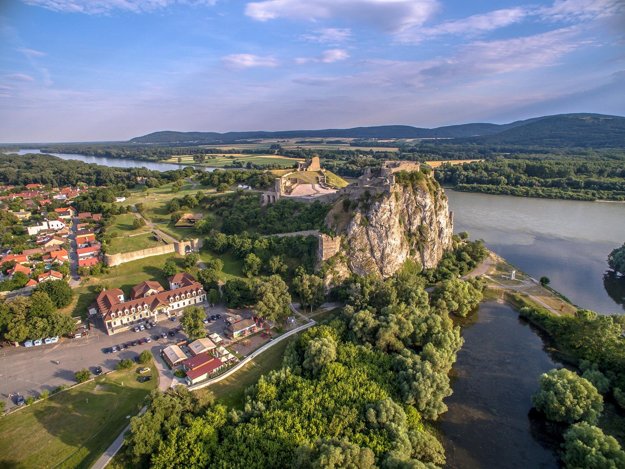 In this podcast, von Kaufmann also recalled one of his hiking trips to Bratislava's Devín Castle, when he accidentally came across a farmers' market below the castle.

“I would not know where or when these things pop up,” he claimed.

The podcast, created by The Slovak Spectator, was supported by the Bratislava Tourist Board and implemented with the financial support of the Ministry of Transport and Construction of the Slovak Republic.