New attraction in Gemer, glowing pliers as tribute to smiths

A new symbol of Hnúšťa’s history will soon have an honorary place. 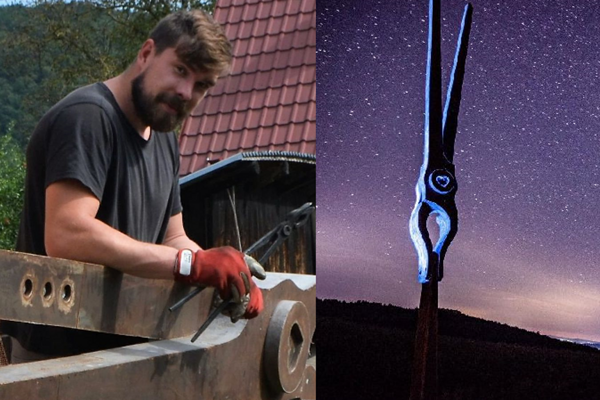 A smith without pliers is like a barber without a razor. Martin Jackuliak, the artistic smith from Rimavské Zalužany near Rimavská Sobota in southern Slovakia, has several of them. He also has a pair of pliers nobody else has.

Looking at it will take your breath away. They are five metres tall and weigh about 200 kilograms. They are proof that when an interesting idea, imagination and skills turn into reality, an original workpiece will result.

Martin’s workpiece started in the 35th year of the Letavy summer art camp on the hills above the village of Kokava nad Rimavicou.

“My model was smiths’ pliers I made on my own about a year ago. The monumental functioning pliers are basically an enlargement at a scale of 10:1,” the smith said, adding that it took about a month to create the large pliers. “I started creating them at Letavy and then I worked for about another week on them in my workshop at home.”