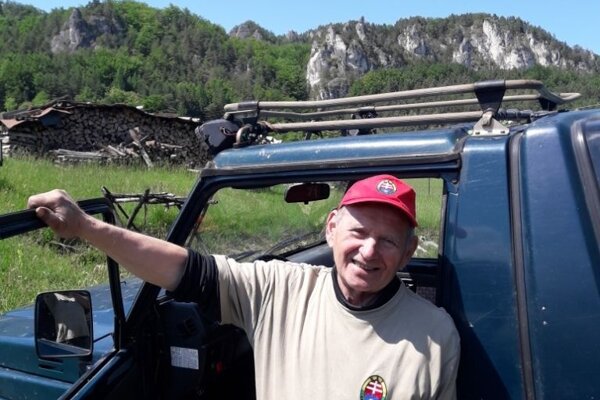 But while they may look simple, there is actually a complex “science” behind them, as one man who has been drawing these signs for six decades, explained to The Slovak Spectator.

At his house in Žilina in northern Slovakia, Stanislav Kučera holds out a textbook on marking hiking routes.

About 200 pages long, the book shows, among other things, exactly what markings need to be used in what circumstances and what each indicates - from what shade of colours should be used, what parameters apply to orientation points, and which signs should be used at crossroads between different trails. 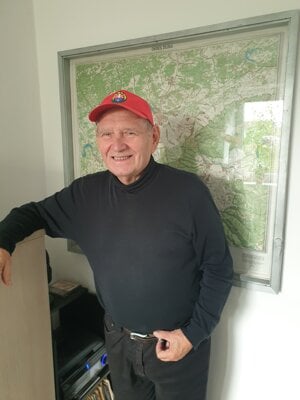 He began marking hiking routes as a teenager in 1960 and proudly shows the certificate he gained five years later making him an official hiking trail “marker”.

In Slovakia, the marking of trails is carried out by the Slovak Hikers’ Club (KST), of which Kučera, a former lecturer in electrical engineering at Žilina University, is a member.

He says the most important quality a good marker needs is to “love what you do”.

“We get no money for our work,” he explains.

“You don’t know who you are doing the work for. The people [who benefit from it] can’t say thank you, so you have to love your work unconditionally, as there is no reward for it.”

The Žilina branch of the organisation is responsible for around 900 kilometres in the Žilina Region. To cover such a distance, it divides that area into three, with markers dealing with 300 kilometres every year, so markings across the whole area are dealt with over three years.

As well as maintaining markings – painting them on trees, repairing any that have been damaged by winds, or falling trees, or even by hikers themselves - members also repair ladders and other equipment, such as chains for hiker support, which are necessary in more dangerous terrain. 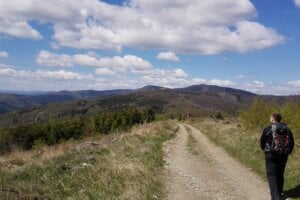 Kučera describes how he and his colleagues often rely on tips from hikers on where work needs to be done.

They try to respond as quickly as they can to these, but resources are limited.

“It’s often a question of months as we rely on support from entrepreneurs and private donations,” he says.

It can sometimes even be very dangerous work, but not for the reasons some might expect.