Barbara Wolf visited Bratislava for the first time in the mid-1990s. 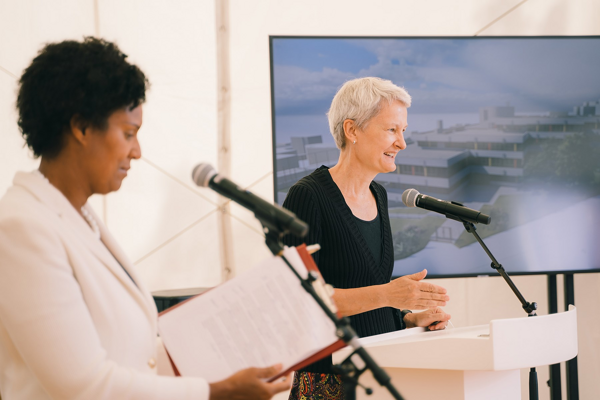 She found herself in Bratislava for the first time as a tourist many years back, in the mid-1990s.

German Ambassador Barbara Wolf remembers the historical city centre and cafés, including the Roland Café, fondly. She is now back in the Slovak capital, after spending a few years in the Iraqi city of Erbil.

“I indeed had Bratislava on the list of postings for which I applied,” Germany's new Ambassador Barbara Wolf, who came to Slovakia this August in the midst of the pandemic, claimed.

During the summer, she managed to rediscover her favourite corners of Bratislava, visit neighbourhoods where she had never been before, and get to know the ever-changing banks of the Danube.

The street with no pubs and cafés: Kapitulská

For Wolf, Kapitulská Street, stretching from the St Martin's Cathedral to the Albrecht House and its garden, remains her favourite place due to its peaceful vibe and history.

“I’ve been very lucky to take part in some of the concerts in this garden, which has a relaxing atmosphere,” said the German ambassador. 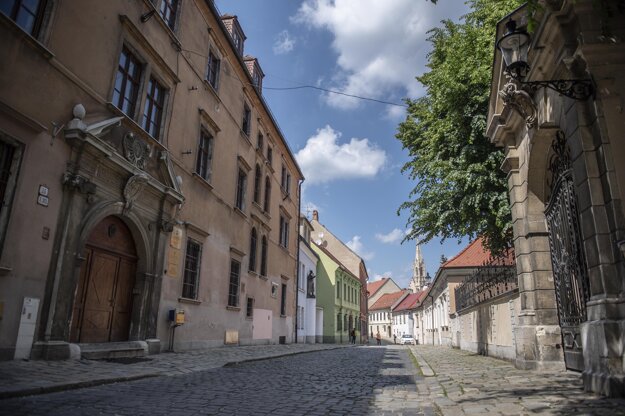 Kapitulská Street in the Old Town of Bratislava. (Source: TASR)

In the summer, Wolf visited some other cultural centres in the capital city, including Nová Cvernovka and A4. In addition, she enjoyed another concert in the monastery Church of the Clarisses.

The church is located just a short walk from the Albrecht House. Today, it is used, among other things, for cultural purposes, but nuns lived there in the past. The church tower is even said to have been built by a knight for one of the nuns he fell in love with.

As for the St Martin's Cathedral, where almost 20 monarchs were crowned, the ambassador has visited it several times. However, she has yet to discover the inconspicuous remains of the toilet above one of the entrances to this impressive building.

German presence in one app

Bratislava is also home to the Museum of Carpathian German Culture on Žižkova Street, underneath Bratislava Castle. The German ambassador has already made her first visit to the museum.

“I think I will still have to go back,” she said.

The presence of German culture in Bratislava, which in the past was also known under the German name Pressburg, can be seen in the many buildings in the city. 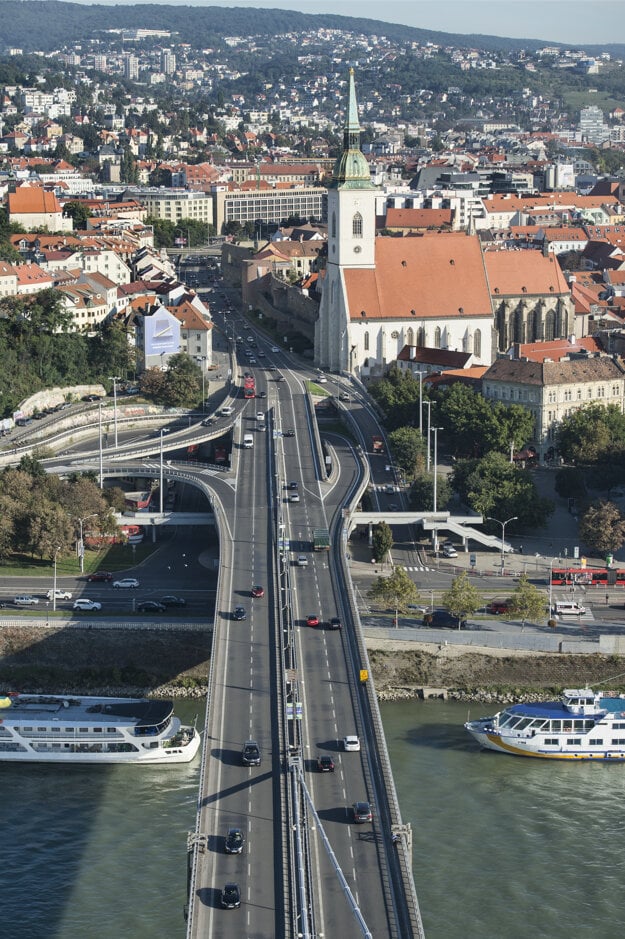 A view of St. Martin's Cathedral from the SNP Bridge in Bratislava. (Source: TASR)

“Whether it’s really German or central European, I think, one can really discuss it,” said Wolf.

According to the ambassador, German heritage remains an important part of the diversity of the Slovak capital. Tourists can also get to know this piece of Bratislava history thanks to the mobile application created by the Goethe-Institut: Traces of German Culture [Deutsche Spuren].

“It covers the variety of German presence,” Wolf said.

Read also What Vydrica will rise from the ashes? Read more

On the map, tourists will find, for example, the former candy factory, Stollwerck, standing on Račianska Street, but also 27 other German stops, including the villa of the former German envoy Hanns Elard Ludin.

The drawback of Bratislava

In the Spectacular Slovakia podcast, the German ambassador did not avoid the traditional question: What does she not like about Bratislava?

“I don’t really like the highway next to the cathedral,” Wolf said. “It’s a pity that the road cuts the town in two.”

Many of those who have seen photos of old Bratislava, when Staromestská Street and the SNP Bridge did not yet exist, due to which a large part of the Old Town was destroyed, would probably agree with Ambassador Wolf. 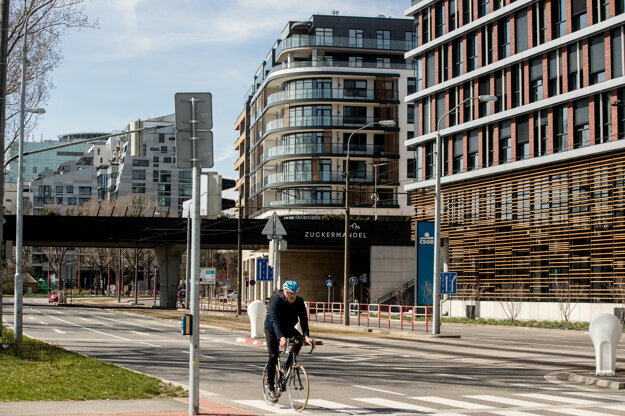 Two ancient neighbourhoods of the city, Zuckermandel and Vydrica, which crumbled into disrepair after the war, fell victim to the construction of the bridge and the main road. In addition, the remnants of Zuckermandel have lost their significance as they are separated from the historical centre by the SNP Bridge.

Thanks to some urban projects, Zuckermandel and Vydrica are coming to life again today, but the connection with the city centre remains questionable.

Despite this wound of the past, Ambassador Wolf claimed that the wide range of possibilities that the city offers makes Bratislava a liveable city.

“What I enjoy the most about Bratislava is the sort of cosiness,” said Wolf, who enjoys walking not only in the city but also in the hills nearby.