Unlike Vienna, Bratislava has not turned its back on the Danube

Swiss Ambassador Alexander Hoffet on where he walks his dog, favourite spots, and the famous Bratislava rolls. 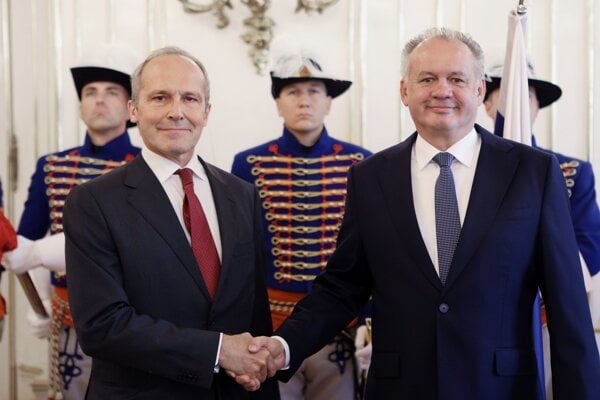 As a diplomat, Hoffet paid his first visit to Bratislava in the early nineties.

“When I came here for the first time, the historical centre was rather grey and monotonous,” Hoffet claimed.

Since those early days and years of Slovakia’s independence, Bratislava has come a long way. The Old Town has been renovated and the city itself offers to people all they may need for life today, just like the Swiss capital of Bern, the ambassador added.

Hoffet, however, noted that Bratislava and Bern, both small capitals, are somewhat different: “In Bratislava, the population is rather homogenous still.”

Similar to several other ambassadors who have been featured in the previous episodes of the Spectacular Slovakia podcast, Hoffet also spends his spare time strolling and running alongside the Danube river.

“Unlike Vienna, which is turning its back on the Danube, the city really communicates with its waterfront,” he said.

The Bratislava Castle, on the other hand, is the place where Hoffet takes his friends and family because of quality exhibitions and a fantastic panoramic view, which sometimes includes parts of Hungary and Austria on a clear day.

“It feels like the epicentre of central Europe to be there,” the ambassador claimed. He also loves the reborn Old Town and wandering around its old but restored streets.

Since he and his Czech wife have a dog, they often walk up and down Horský Park, an old foresty recreational area set in the city, which hides an open-air gallery and an historical gamekeeper’s house.

This house now serves as a community centre and a café. It is a truly hidden gem, often visited by families because it includes a mini zoo, playgrounds, and an educational path.

Hoffet also likes another green space above the city, Kamzík, which “with its rotating tower restaurant offers great views.” The Bratislava green areas remind the ambassador of Bern. 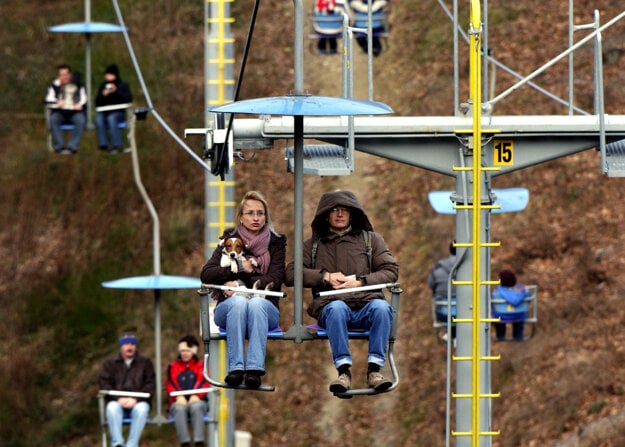 The Bratislava chairlift on the Kamzík hill. (Source: TASR)

While Bratislava operates its 1972 chairlift between Kamzík and the neighbouring Železná Studienka green area, Bern is home to the Gurten Funicular, which takes people up to the Gurten mountain.

Unsurprisingly, the Swiss ambassador is an experienced skier. Because of an injury, however, he is now keen to do more cross-country skiing instead. Although Bratislava is not surrounded by mountains, cross-country skiing is an activity that can be performed in the nearby Small Carpathians.

Many cross-country skiers start their trip at the Pezinská Baba ski resort, near the town of Pezinok, and ski all the way down to Bratislava.

In the podcast, Ambassador Hoffet also recommends Slovak wines. The best ones are housed in Bratislava’s Museum of Viticulture.

He enjoys the famed Bratislava rolls with his coffee as well. 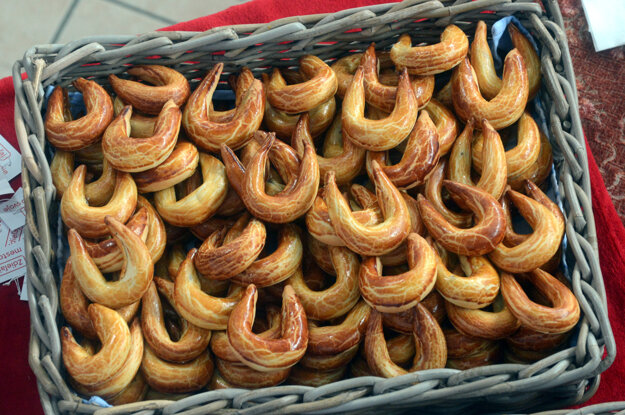 When asked which rolls he prefers, poppyseed or walnut, he was not hesitant: “I would say poppyseed. I’m more used to them.”

One of the most delicious rolls can be tasted in the mentioned gamekeeper’s house, Zeppelin Café, and Franz Xaver Messerschmidt Café.

If you would like to taste something else sweet and scrumptious, how about the Bratislavský rez cake? It's easy to make and linked to Bratislava, at least by its name.