Smarter than the lockdown? Slovakia tries to outwit the coronavirus

Experts and governments say it is in people’s hands whether the effort works. 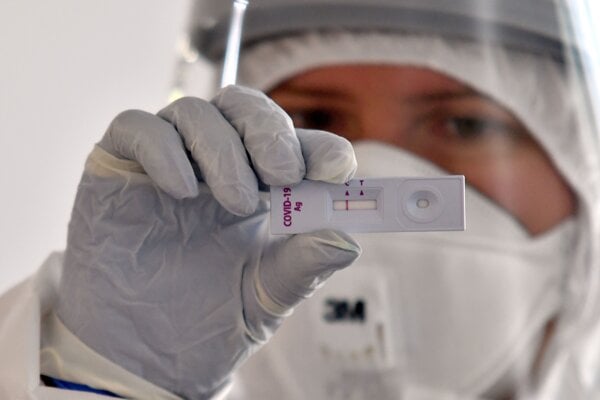 Those who tested negative now need to observe milder lockdown rules than those who have not been tested at all. The anti-epidemic measures for those with the negative certificate are the ones valid in Slovakia since October 15 – for example, being able to go and shop for other goods than just essentials or enjoy a coffee, beer or even dinner in the outdoor terrace of a café or a restaurant.

Amid reports of lockdowns and tighter measures applied around Europe, Slovakia came up with its own combination of a curfew-based lockdown and mass testing to counter the epidemic.

“Murdering the economy and sending millions of people home for several weeks is not the only solution,” PM Igor Matovič said during a press conference on November 2, when he announced results of the first round of the nationwide testing. “There are smarter solutions.”

With the nationwide testing, he believes Slovakia may now offer one such solution. At the same time, Matovič stressed the condition that people should still behave very responsibly. Whether Slovakia will avoid a lockdown or not is in their hands.

Daniel Larremore, assistant professor at the Department of Computer Science & BioFrontiers Institute, University of Colorado Boulder, said he is excited to learn what the effects are on the epidemic curve, which should spike high, as a large number of positives are identified, and then fall rapidly, as those isolated individuals' transmission chains are broken.

“Therefore, it is important to set expectations: mass screening can have a fantastic impact, but it is more about turning the tide, and not about winning the battle decisively,” Larremore told The Slovak Spectator.