Veterans Day: Only about a hundred SNP veterans still alive

One-half of young people believe the SNP was successful. 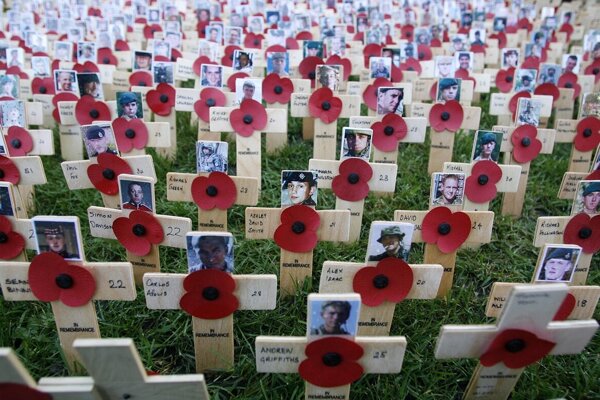 We remember the stories of people who fought in the Slovak National Uprising (SNP) on November 11 during the Veterans Day. The Post Bellum organisation has been collecting the stories of these people to preserve them for when they will no longer be among us; to not forget the horrors the SNP participants faced during World War II, because history is often doubted today, and unknown to many.

The number of WWII survivors whose stories can be recorded today is decreasing every year. Currently, all of them are older than 90.

Post Bellum is documenting the stories of hundreds of men and women who stood up against fascism in the largest online database of its kind in Europe: Memory of Nations.

“We tell the stories to pupils and students,” said Sandra Polovková, head of Post Bellum. “We organise experience workshops about historical facts linked to developing critical thinking. Young people transform into people who had to face the threats of totalitarian regimes.” 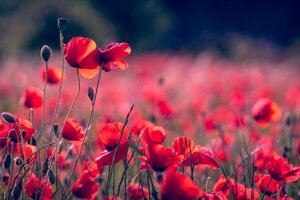 Related articleWe owe our veterans a great deal, even more so in this extraordinary year Read more

Poem about flowers on the graves

People across the globe commemorate war veterans on November 11. On this day in 1918, exactly at 11:11, World War I officially ended with the last, symbolic salvo.

The armistice was signed at Le Francport near Compiègne between the Entente Powers and Germany, ending the fighting on the Western Front.

The symbol of red poppies was used for the first time by Canadian military doctor John McCrae, who fought in Belgium during the war. Although he was a military surgeon, he could not get used to the struggles of patients, and dampened his pain by writing poems.

In one of them, he sensitively captured the red poppies waving on the graves of dead soldiers.

The symbol quickly caught on, and today, people pin red poppies to their clothes in most countries hit by the world wars. November 11 is also the remembrance day of World War II soldiers.

In Flanders fields the poppies blow

Between the crosses, row on row,

That mark our place; and in the sky

Scarce heard amid the guns below.

We are the dead, short days ago

Loved and were loved, and now we lie

Overshadowed by dispute in opinion

Only 108 WWII veterans lived in Slovakia in 2019. They are often fighters who participated in the severe SNP fights in 1944. These brave people fought against the entry of Nazi troops to Slovak territories.

The resistance army was suppressed, the SNP ended unsuccessfully. However, the resistance movement continued in partisan fights, scattered in the mountains of central Slovakia. The troops became part of the liberation battles and contributed to liberating the country from Nazi dominance.

There are many disputes in opinion about the SNP even today. It takes the burden of the previous regime, when some SNP successes were attributed to the Communists. Some even doubt its sense and contributions, while some crimes of the SNP participants are overlooked.

However, we can clearly say today that most participants and ordinary people who supported them showed great courage when resisting the Nazi army and Slovak authoritarian government. Thanks to them, we could side with the winning allies.

Together with the uprisings in Warsaw and former Yugoslavia, the SNP belongs among the biggest anti-fascism uprisings in Europe, although it ended with the suppression and slaughter of the participants in the mountains.

Half of young people think the SNP was victorious

The October survey of Post Bellum, conducted with the 2muse agency, showed that 53 young people aged 16-30 think the SNP ended with the victory of its participants.

Moreover, 29 percent of young people believe the WWII information they read on the internet rather than what they learn at school.

On the occasion of the Veterans Day, Post Bellum stresses that documenting authentic testimonies of contemporary witnesses and spreading them among young people is important.

“We see that the increasing number of young people do not know basic facts and can’t critically evaluate the information they receive,” Polovková said. “We can’t be surprised then that they are prone to adopt easy opinions from unverified internet sources.”

Join us! The more people who join, the bigger the heritage of memories we can preserve for our children.

Your donation will allow us to contact more people to tell their stories.