On November 14, the deferred 2020 Night of Museums and Galleries will go online. 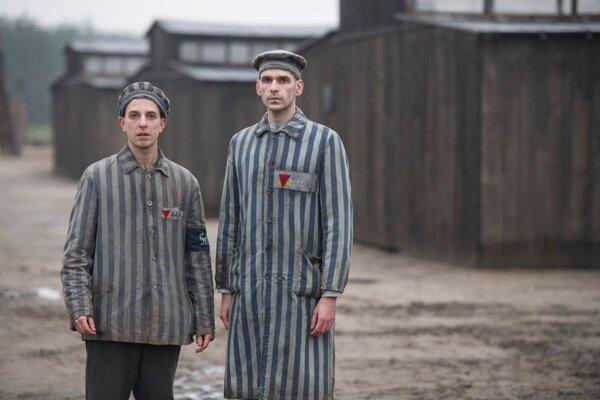 One of Andy Warhol’s most famous works, Flowers, depicting four flowers in different colour combinations on a grassy background, celebrates its 50th anniversary.

The repetition of the same motif is not characteristic of pop art itself, but only of the work and philosophy of Andy Warhol.

"Everything repeats itself, but nothing is the same at the same time," he responded to the question of why he painted the same motif several times and presented them in series-portfolios with only differences in colour. 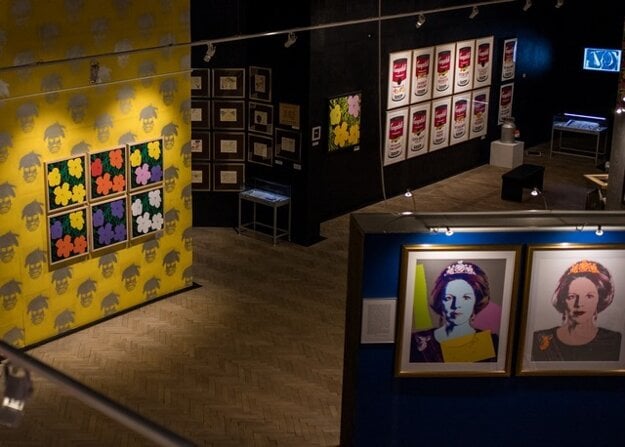 Warhol's 'Flowers' are on display in the Medzilaborce museum. (Source: Andy Warhol Museum of Modern Art in Medzilaborce )

Some sources claim that these flowers were taken from an advertising magazine for a company that produced Kodak cameras. Other sources state that they are poppy flowers, hibiscus flowers photographed by Warhol in an unknown place.

Legend has it that Anna Rosina, or the witch of Šintava, killed people regardless of their age and sex. She was imprisoned at Tematín Castle in the Považský Inovec hills. To reach the site, a hiker can choose from several routes.

The highest hill of the White Carpathians – Veľká Javorina, will be accessible for cyclists from Slovakia and the Czech Republic. Foresters from either country are building a cycling route from both sides of the border to the top of the hill.

Homes in Brhlovce carved into a rocky cliff

It took Brhlovce locals five years to carve out a single room in their cave-like dwellings a few centuries back. Today, the famous houses serve their original purpose or as wine cellars and a museum. 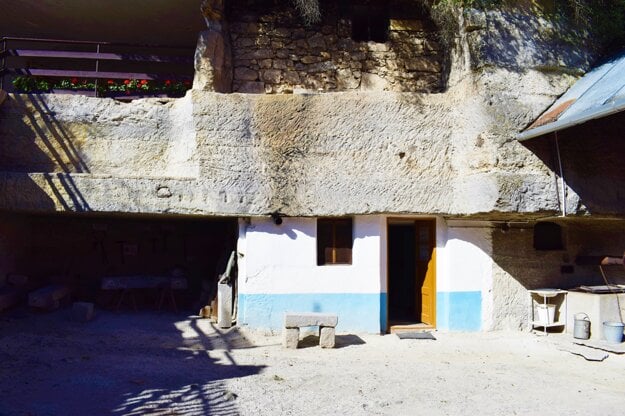 A tower of the Deserted Castle open again

The highest point of Pustý hrad (Deserted Castle) in Zvolen has been made accessible to the public again. The reconstructed tower, offering views of the surrounding hills and the town, has been closed since 2018 because of structural concerns.

Time for a bit of fun
LEARN YOUR SLAVIC NAME

You may have heard that the group around Ľudovít Štúr – Slovak awakener, politician, writer, and linguist - chose symbolic Slavic names in addition to their official names during a memorable trip to Devín Castle in Bratislava, which took place on April 24, 1836. Ľudovít Štúr thus became Ľudovít Velislav Štúr, Michal Hodža became Michal Miloslav Hodža, …

The Ľudovít Štúr Institute of Linguistics has launched the ŠTÚROVCI app to help people with their Slavic names. Select your sex and type in your full name to find out your Slavic name.

The film Správa (The Report), directed by Peter Bebjak, is a recent Slovak nominee in the fight for the Oscar statuette.

The story tells of two Slovak Jews, Alfréd Wetzler and Rudolf Vrba, who managed to escape from a death camp. The film is an adaptation of Wetzler's book What Dante Did Not See. The publication of a detailed 32-page report on how the death camp worked helped save the lives of hundreds of thousands of people.

You will find an interview with Bebjak in next week’s roundup and on The Slovak Spectator website.

For now, scroll down to the bottom of the newsletter to hear a title track of the film, written and sung by Sima Martausová.

NIGHT OF MUSEUMS: The Night of Museums and Galleries 2020, originally scheduled to take place on May 16, 2020, will take place on November 14. All events will be held online. You can find more information on Facebook and the event’s official website, covering museums and galleries in Bratislava.

BOARD GAME: A board game about the spread of the coronavirus, and the importance of social distancing, has been designed by scientists and teachers, including those from Slovakia. The game is available in three languages, including English and German.

MAP: Praha slovenská, or Slovak Prague, is the name of a map that takes visitors to the Czech capital around some of the places linked to Slovakia. After 11 years, it is to be updated and re-published by the Slovak-Czech Club with the support of the Office for Slovaks Living Abroad.

WALK OF FAME: In front of the Jozef Gregor Tajovský Theatre building in Zvolen, the Walk of Fame was unveiled on November 9. Four plaques of important personalities from cultural and public life connected with Zvolen have been placed into the walk so far.

FILM: One of the most controversial Slovak documentaries, Skutok sa stal (Never Happened), directed by Barbora Berezňáková, is now available online on Dafilms.com, with English subtitles. The story unfolds around the unresolved case of a political murder in the 1990s.

ONE WORLD: Neviditeľná (Unseen), directed by Maia Martiniak, became the winning film of the One World 2020 online festival. The documentary talks about the trauma of childbirth and the violation of women's rights.

Next Tuesday, November 17, Slovakia marks the anniversary of the Velvet Revolution.

Learn more about how the revolution evolved day by day. Last year’s podcast episode, which features scientist Ľubica Lacinová, will give you another perspective on the event.

If you prefer a read on the Velvet Revolution instead, the producer Anton Popovič’s story may take you back to November 1989.

The revolution also had its anthem. Read an interview with its author Ivan Hoffman below. 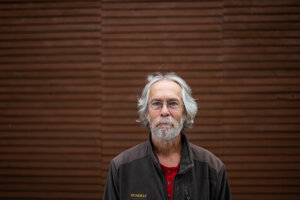 1989: I knew immediately that Sľúbili sme si lásku would be a hit Read more

As promised, here is Sima Martausová’s song for The Report. It is called Červené polia (Red Fields).

The song was recorded on January 27. A video was filmed on September 9, and the song premiered on November 8. All the three dates are linked to the following historical dates:

January 27: In 2020, the world marked the 75th anniversary of the liberation of the largest Nazi death camp, Auschwitz.

September 9: The Slovak state adopted the Jewish Code in 1941, one of the darkest moments in Slovak history.

November 9: Nazis carried out a pogrom against Jews across Nazi Germany. The Night of Broken Glass, or Kristallnacht, took place in 1938.

The next Spectacular Slovakia Weekly: November 20