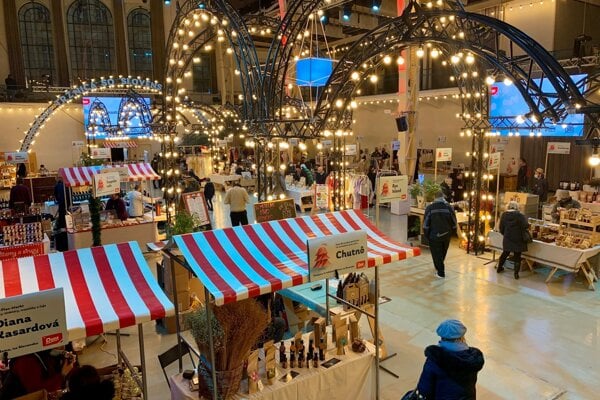 Democratisation of fashion in Slovakia

Clothing is undoubtedly one of the non-verbal languages of an era, reflecting the position and role of men and women in society. Clothing of the 20th century is today exhibited in the Budatín Castle in Žilina.

"Fashion in the time of communism was simple and austere, but accessories were an important element," Magdaléna Lacková from the Považské Museum in Žilina said. Budatín Castle is part of the museum.

"Women were taking on a more active position in public life, their employment was increasing and new opportunities for leisure activities were available to them," historian Dominika Hlobíková said. 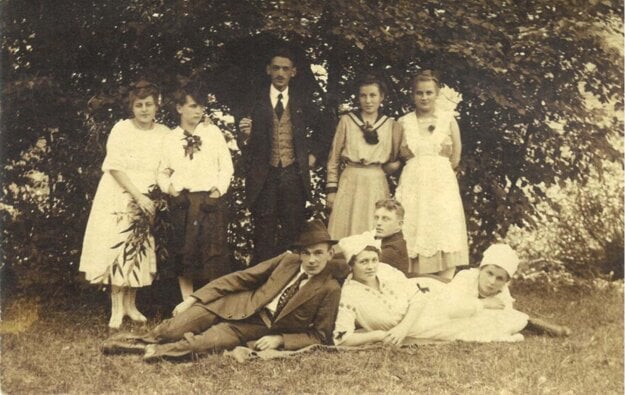 A group photo taken in the 1920s. (Source: The Považské Museum in Žilina)

In the second half of the 20th century, clothing was becoming practical and affordable, suppressing social differences. At the same time, women allowed themselves to combine colours and clothing parts more.

Tatra Ice Cathedral is back

The Tatra Ice Cathedral, a popular tourist attraction located at Hrebienok in the High Tatras, has ceremonially opened for visitors. This year, it is inspired by the Church of the Saviour on Blood in St. Petersburg, Russia.

The Zobor hill of 587 metres oversees the city of Nitra. Its top is easily accessible and the path to it is full of attractions. It has a rich history. From the hill, you can walk on to a Romanesque church in Dražovce.

“Listen to this American. He speaks Slovak.”

American Matt Reynolds visited Banská Štiavnica in 2004. Read about his night out in the small Slovak town and what he had to do to be able to check his emails.

Speaking of Banská Štiavnica, the Dracula mini-series was filmed here in 2019, as well as in Zuberec and at Orava Castle. The television series premiered on BBC One earlier this year and is also available on Netflix. 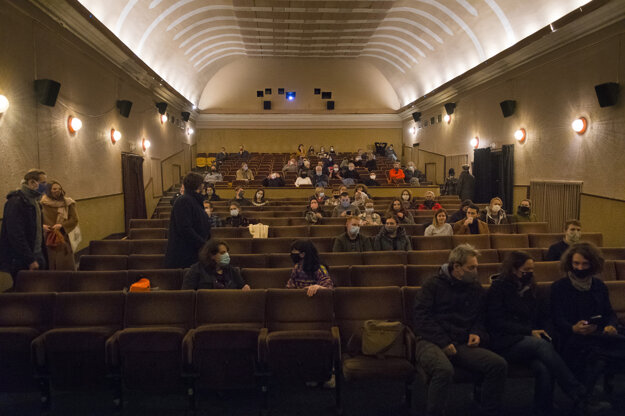 The Úsmev cinema in Košice re-opened after more than a month on November 24. Due to anti-epidemic measures, the cinema shut down temporarily on October 15. On the eve of its re-opening, cinema goers had to disinfect their hands before entering and they had their body temperature measured. (Source: TASR)

In a new song, Jaroš pays homage to his home

Slovak singer Miro Jaroš, who made a successful career as a singer of children’s songs, has officially released a new album – Milujem život svoj (I Love My Life), through which he speaks to grown-ups this time.

A first single off the record, which underlines Jaroš’s true talent, is called Hora (Mountain).

In the surprisingly powerful song, both lyrically and compositionally, Jaroš returns to his hometown.

“The older I get, the more I am disturbed by the hustle and bustle of the city,” Jaroš said. “Then I think of our mountain in Teplička nad Váhom, where I had my world, my refuge, my tree and meadows. I miss that quiet very much.”

When listening to the song, one cannot ignore the fact that it reminds them of another Slovak singer and hitmaker, Jana Kirschner. Well, she co-wrote Hora.

The video, which contrasts city life and Slovak nature, was filmed in Bratislava and in Teplička nad Váhom.

Caritas Slovakia is a Catholic charity that has become one of several important players in working to reshape negative attitudes towards migration. Through Project MIND and other initiatives, it is hoping to shift Slovaks’ reserved perceptions of foreigners.

Efforts to renew Bratislava’s Calvary halted by a pandemic

A well-known place to locals, not much to non-Bratislavans. The destroyed Calvary on a hill above Bratislava’s main railway station should be completed with new full-fledged brick chapels to resemble the original site. However, the plans have been disrupted by the pandemic. 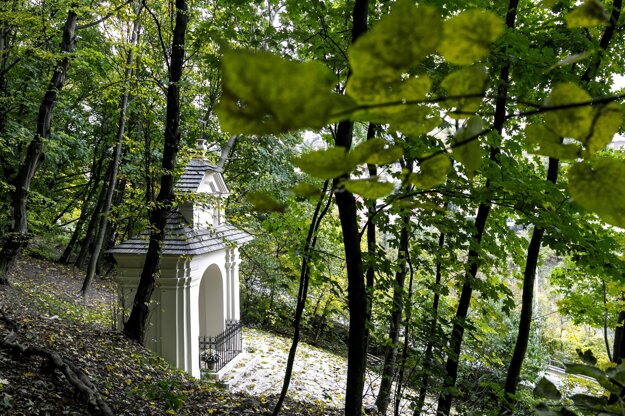 A reconstructed chapel below the Calvary Hill in Bratislava. (Source: TASR)

A legendary Košice café was to shut forever. It will not

After 50 years, the café and restaurant Carpano on 42 Main Street in Košice was to close. But Košice locals wrote a letter to the Hungarian embassy, a new owner of the house, asking it to not shut the iconic café. They succeeded. Under communism, one of the first Italian restaurants in Czechoslovakia had also operated here.

The next Spectacular Slovakia Weekly: December 4