He may spend one to five years in prison. 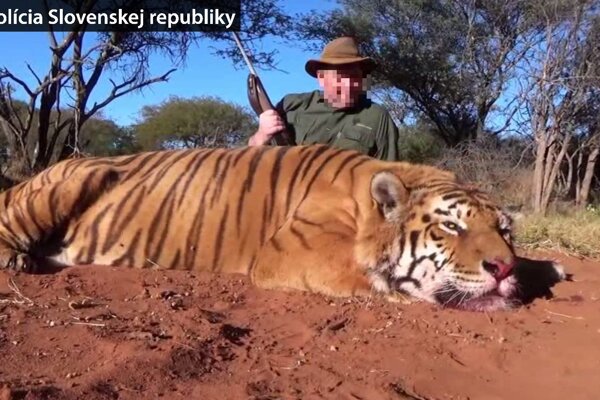 Ján K., a man from the village of Žihárec in Šaľa district (Nitra Region), may end up in prison for hunting a tiger in Africa and bringing it home. He subsequently used it to advertise hunting in South Africa.

Since he violated the rules for the protection of plants and animals, he could end up spending one to five years in prison if found guilty, the police said.

Ján K. hunted and killed a jungle tiger (Panthera tigris) for commercial purposes against valid regulations. He then brought the animal to Slovakia without permission from the Environment Ministry and kept it in his home without being able to prove how he had come into its possession.

"He also used the tiger to promote business activities related to mediating hunting in South Africa, at odds with the law," the police said.

The controversial business of Ján K.'s family was in the past described by the Aktuality.sk news website. They sued tax officers after they had refused to approve their VAT refunds. The family was represented in court by ex-justice minister Gábor Gál of Most-Híd.