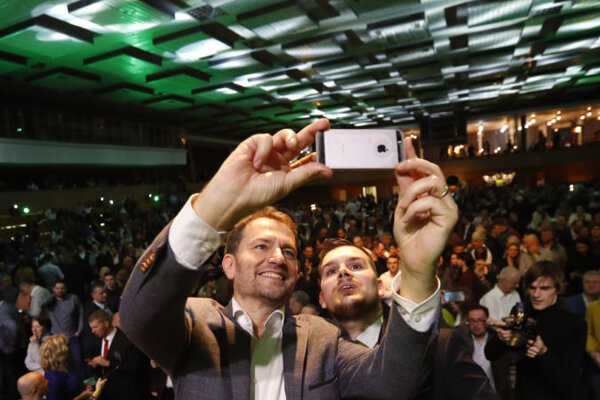 A few years ago, I met an American academic who was researching the events of 1989. In the public archives, he had discovered a treasure trove: a collection of contemporary flyers and posters pasted around towns and cities in Czechoslovakia by Civic Forum, Public Against Violence (VPN) and other revolutionary groups, to alert people to meetings and rallies.

Such activities were technically illegal, but events moved so fast that the posters – which were notable for their novel design and vibrant colours, contrasting with the uniform drabness of late communist cityscapes – were quickly embraced as a kind of public message board.

Their creators were what we might now call ‘bloggers’ or ‘influencers’, albeit a great deal braver and less narcissistic than their modern-day counterparts.

Fortunately, archivists and students at the time recognised the historical significance of these ‘posts’ and, realising how ephemeral they were, set about collecting as many as they could.

Trying to record the atmosphere of a period, or even a single event, is a difficult thing.

Take the attack on the US Capitol in Washington, DC, on 6 January, which was deadly serious when it occurred, but has already assumed a hazily surreal quality.

Reporters and historians, left to work out whether these were incompetent revolutionaries or just unusually devoted cosplayers, are now diligently sorting through a tide of digital evidence.

But like the waters left behind by a catastrophic flood, the evidence is evaporating quickly.