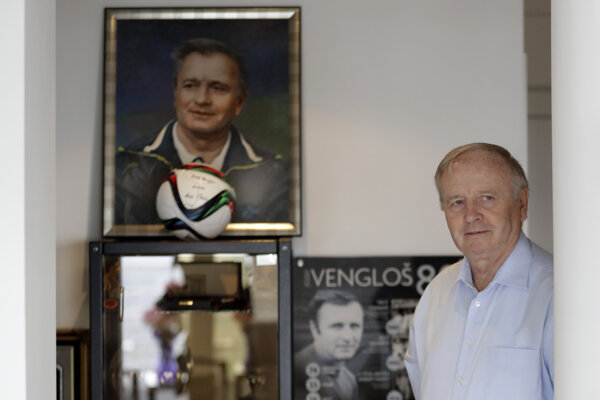 The world observed the International Holocaust Remembrance Day on January 27. Naftali Fürst is and Edita Grosmanová was some of those who survived the horrors of concentration camps, and you can always go back and read their stories on The Slovak Spectator website.

Earlier this week, the world of football learnt Slovakia’s greatest football coach of the 20th century, Jozef Vengloš, passed away in Bratislava at the age of 84.

In 1990, in his fifties, the Slovak football legend with a doctorate in physical education – hence his nickname Dr Jo - was picked out by Aston Villa F.C.’s chair Doug Ellis to manage the club. He became one of the first, and back then very few, overseas managers to manage a top-flight English club. It was not his origin but his revolutionary ideas he brought to English football that put him in a difficult position at the beginning, with many players resenting his new approach and the media criticising him.

“When this new philosophy was introduced around training, diet and drinking, some players resented it. They shut it out,” the former Villa player Tony Daley, who played under Vengloš, said to the FFT website. 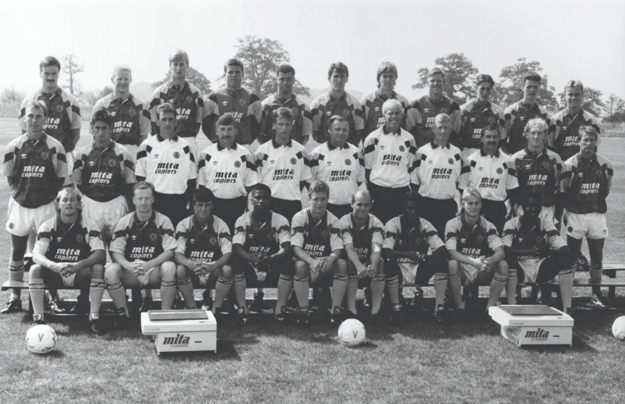 Yet, he did not need to prove anything to anyone. In the late 1960s, he had a successful career as a football coach in Australia. In 1976, serving as an assistant manager of Czechoslovakia’s national squad, the country won the European Championships. In summer 1990, shortly before his arrival at Villa, he had led Czechoslovakia to the World Cup quarter-finals, then losing to West Germany. 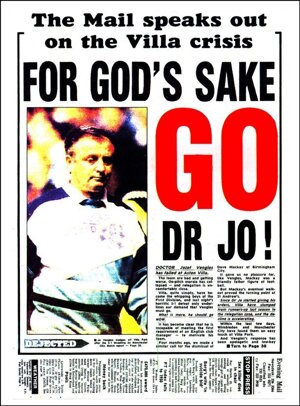 Dr Jo left Villa after a year as he did not succeed in getting his philosophy across. With his previous experience from Portugal and Malaysia as well, he was then asked to coach Fenerbahce S.K. in Istanbul. He had also managed Slovakia’s first national squad in 1993 through 1995 before he moved to Oman.

In the 1998/1999 season, however, Dr Jo returned to the UK to become manager of Celtic Glasgow, or the Hoops as the club is sometimes referred to.

Fergus McCann, who saved the club from bankruptcy and brought Vengloš to the Celtic Park stadium, is among many to have paid tribute to Dr Jo: “He was a gentleman – a man I admired and respected – with qualities all too rare in football. He gave us only one season before retiring. I wish I had found him earlier.”

Captain of the Celtic team in 1998, Tom Boyd, called Dr Jo a perfect gentleman who was soft-spoken and intelligent. He still remembers the legendary 5-1 demolition over Glasgow Rangers at Celtic Park.

“That was a great game, and up until recent years, when you said ‘the 5-1 game’, that’s the one everyone remembered,” Boyd said.

Despite being an unknown figure to English football in the early nineties, and his vision not being understood by the English public and the media, some even calling for Vengoš to go, the Ružomberok-born football icon without question changed English football.

The scriptwriter Michaela Zakuťanská, who studied in Bratislava, comes from Prešov, eastern Slovakia. In 2020, she began to write scripts for the popular Kavej online TV series, depicting the life of two female easterners in the Slovak capital. In the interview, among other things, she says the series aims to make fun of both, easterners and westerners, and not to increase the tension between them.

At night, I was being chased at the bus stop to see if I had a passport that would allow me to stay in the west.

Michaela Zakuťanská on her past life in Bratislava

The Belgium royal gave up her titles and left for Bratislava

Princess Stéphanie of Belgium decided to sacrifice her royal titles and marry the man she loved. She moved to Bratislava where she lived in the Rusovce manor house. Although many locals may not know anything about the royal, a 2020 book by Diana Mašlejová uncovers her story. The café Štefánka in Bratislava, initially called Štefánia, bears the princess’ name, and so did one of the Bratislava streets – Stephaniengasse – in the past.

Slovak photographer Tomáš Slovinský recorded another success when another of his photos was published on the NASA website on January 25.

He took the Southern Cross picture, below, in Chile last December. In the photo, people can see one of the world’s most active volcanoes, Villarrica, and the four-star icon above it. 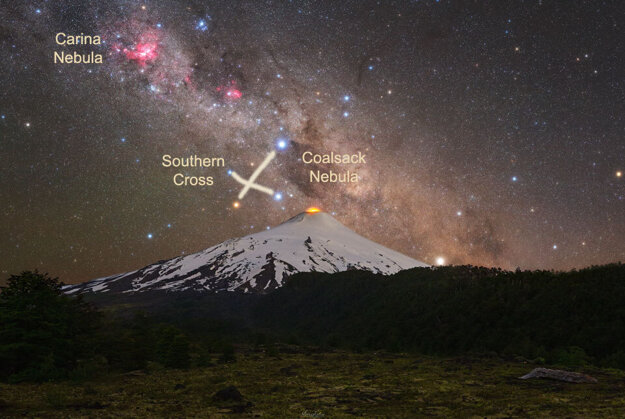 Yet, the photographer travelled to South America to initially capture the Sun during a total eclipse, which did not work out after all.

SNG: The Slovak National Gallery has launched a virtual exhibition devoted to artists – Emil Filla and Ľudovít Fulla. The display was first presented in 2018.

WEDDING: In the first ten months of 2020, almost 21,700 couples got married in Slovakia, which is 23 percent less than the average for the same period in the previous five years.

FILM: Some of the best European films are being screened online for free during the Lux Film Days until January 30. More information and details can be found here.

COOPERATION: Poprad, Kežmarok, Svit, and the High Tatras region have agreed in a joint memorandum to cooperate in increasing the quality of life for the people in the region.

'Look for similarities, not differences'

How many out of 25 million Muslims living in Europe will you find in Slovakia? Very few. And even though they are members of Slovak society, they remain an invisible group that faces irrational prejudices.

Therefore, four organisations, including Austria’s museum MUMOK and Slovakia’s organisation Mareena, from three different countries – Austria, Poland and Slovakia – have launched a campaign to introduce Islam and Muslims to people through the things that all people share.

“The division of society on the basis of religion, ethnicity and nationality have never resulted in positive outcomes. On the contrary. Therefore, we will keep on trying to reduce the perception of differences among religious groups,” said Klára Tihláriková of Mareena.

For example, entertaining daily-life illustrations (discharged phone, spilled coffee, …) by Polish authors Cyber Kids on Real may make you laugh or become angry regardless of your religion. A part of the campaign is also the website that explains how to fight Islamophobia.

A wooden barrel-shaped lookout tower in the Tokaj region

The Tokaj region, spreading across southeastern Slovakia and northeastern Hungary, is famous for winemaking, and any visitor to the region can explore wine cellars, taste local food, and even walk up a unique lookout tower near the village of Malá Tŕna. In addition, the area is a World Heritage Site. 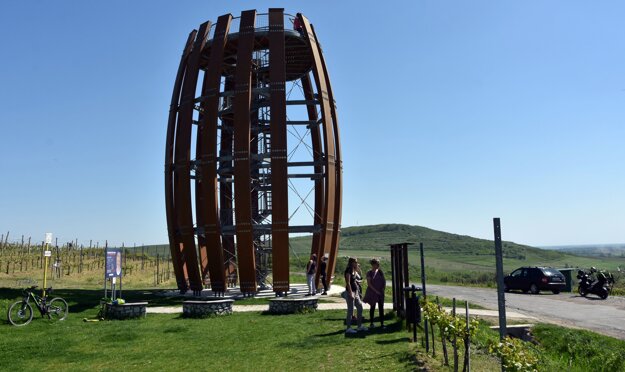 A lookout tower near the village of Malá Tŕna. (Source: TASR)

Devínska Kobyla, Rača, Vrakuňa, and Železná Studienka are all popular places with Bratislava locals, which have been upgraded. However, 2021 will bring other projects too, including public wifi at Devín Castle and the renovation of hiking maps with English translations.

Stará Ľubovňa set to invest in its infrastructure

The town in the northeast of Slovakia, well-known for its castle, is working on its investment plan for 2021. Funds should be spent on road and pavement repairs, parking spaces, new fountain, playgrounds and greenery. 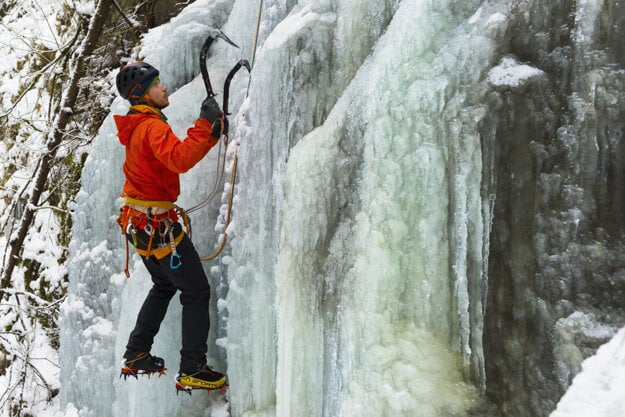 We’ll leave you with a video through which you can meet some of the animals living in the Bratislava zoo as they enjoy eating unused Christmas trees. The venue remains open despite the ongoing lockdown.

That's it for this week. Have a great weekend!