Left behind. The plight of Roma children under state care in Slovakia

It is very easy for Roma children to be sucked into the system, but virtually impossible for most to escape it until they come of age. 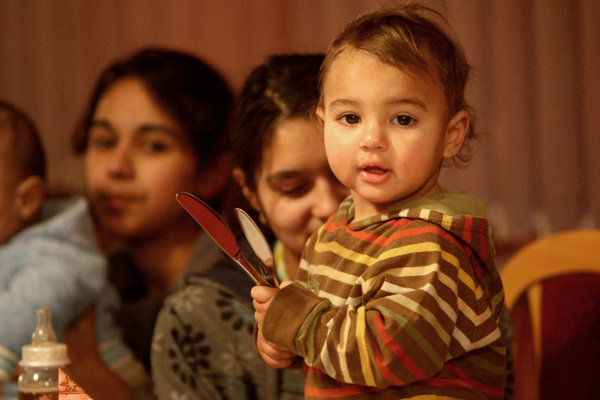 A new report from the European Rights Centre, Blighted Lives, confirms that disproportionate numbers of Roma children are separated from their biological families and end up in state care. Notwithstanding legal prohibitions on taking children into care because of poverty in Slovakia, material deprivation and poor housing conditions in Roma communities are the most frequent reasons for child removal.

Despite the declared lack of ethnically disaggregated data, while Roma account for 6-8 percent of the total population in Slovakia, the report found that an estimated 63 percent of children in state care are of Roma origin.

The report finds that the child care system lacks financial resources and that Slovakia has failed to develop an integrated approach to de-institutionalisation. Furthermore, the European Commission confirmed that access to healthcare, social and family support services remains "relatively poor and uneven," especially in the regions where the needs are greatest.

In a follow-up to the Blighted Lives report, RTVS investigated the situation in an orphanage in the eastern-Slovak municipality of Veľké Kapušany, a temporary home to 170 children. The reporters found that a staggering 96 percent of the children were Roma whose parents were living, and that there was just one single instance of family reunification underway. Unless fundamental systemic reforms are put in place, the prospects for the remaining children in this orphanage look grim.

Across the five countries surveyed in the ERRC report, over one third of children in state care have spent 90 percent of their entire lives inside the system. For children separated at an early age, prospects for family reintegration are severely reduced by the lack of support or counselling for Roma parents, especially if the household is located in a remote or marginalised settlement.

Prospects for the adoption for Roma children in Slovakia remain very low, and after six years of separation, if no adoption takes place, their chances of exiting the system diminish even further, while the likelihood of reintegration into their own family is reduced to virtually zero. It is very easy for Roma children to be sucked into the system, but virtually impossible for most to escape it until they come of age.

Policymakers have ignored this issue for far too long. Slovak authorities need to amend legal standards to protect Roma children and families at risk of separation, and fully ensure that child removal on the basis of poverty or material concerns is prohibited by law and practice.

All national policies and programmes should be reviewed to assess whether seemingly neutral provisions have a deleterious or discriminatory impact on vulnerable Roma families. The state should prioritise funding for basic child welfare services on a service provision basis, to ensure an adequate level of preventative work, and avoid the under-financing of the regions and city districts most in need.

The EU Roma strategic framework for equality, inclusion and participation for 2020–2030 should be revised to reflect this; and the Commission should prompt EU member states, currently drafting their national strategies, to adopt the necessary measures to speed up the de-institutionalisation processes, and ensure that the best interests of a Romani child prevail at all times.