PM personally negotiated with Russia over the delivery of unregistered vaccines. 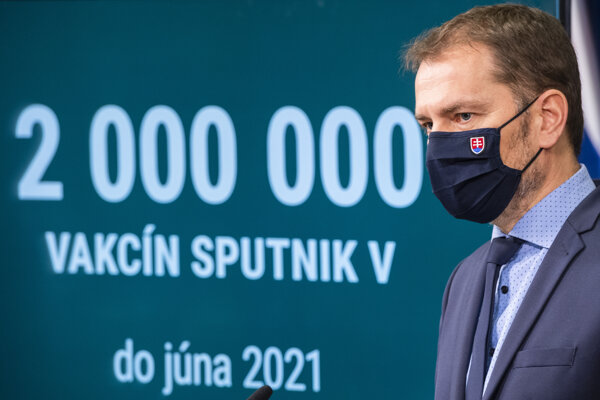 Slovakia is currently rolling out the Pfizer/BioNTech, Moderna and AstraZeneca vaccines, all of which have been officially approved by the agency.

“Wherever in the world a vaccine is produced, Slovakia can use it, after its registration with the European Medicines Agency,” said Remišová after the cabinet session on Thursday evening.

PM Igor Matovič and Health Minister Marek Krajčí claim that if the purchase had not been vetoed, the first supply of 160,000 Sputnik doses could have arrived in Slovakia by the end of February.

The proposal to buy and deploy Sputnik V marks a recent change in the rhetoric of PM Matovič. At the end of January 2021, he said on Markíza television that he had no problem with Sputnik V if it is registered by the European Medicines Agency.