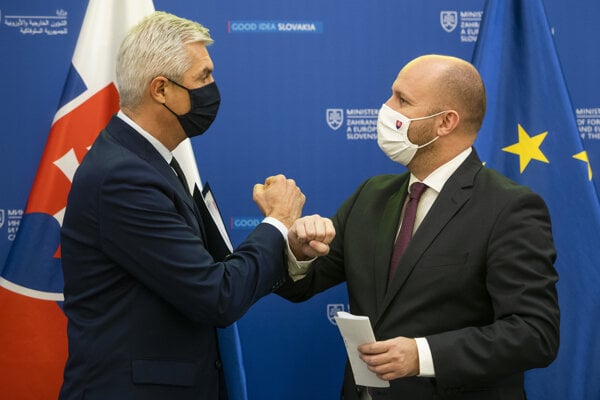 Slovakia belongs to countries where public opinion remains split concerning its place in the world, with many people seeing their country as a bridge between East and West. The Matovič government has now pushed through key documents to put an end to ambiguities - at least at the official level.

In late January 2021, parliament approved the new wording of the country’s Security Strategy and Defence Strategy, as proposed by Foreign Affairs Minister Ivan Korčok (SaS) and Defence Minister Jaroslav Naď (OLaNO). Slovakia thus finally updated these documents after 15 years, after repeated failed attempts to do so under the previous governments led by Smer. The documents also reflect the pandemic, stating that it highlighted Slovakia’s defence pitfalls.

The document cited increasing geopolitical competition and a decline in multilateralism among the current pandemic, along with political instability in the ‘European neighborhood’ as the driving reasons for the update.

“Slovakia badly needed a new security strategy that would sufficiently reflect the changes in Slovakia and the world since 2005, and clearly define our life and strategic security interests,” Minister Korčok commented.

The new defence strategy is to focus on meeting the demands of changing international climate, which means tackling the challenges of hybrid warfare, disinformation, terrorism, and entities that violate international regulations.

Furthermore, a new heavy mechanised brigade is to be built by 2032 and new equipment is to be purchased, which will aid Slovakia’s cybernetic warfare capabilities. All these actions are being taken with the recognition that NATO is, and will be, a key pillar in the defence and security of the Slovak Republic.