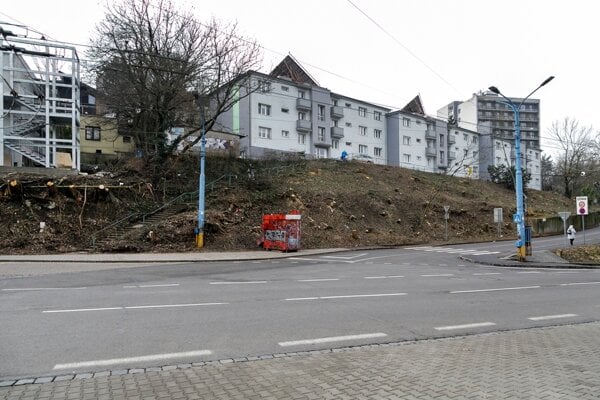 The controversial felling of 80 trees in woodland in Bratislava’s Old Town has enraged local residents and led to calls for a change to planning and construction laws.

Until recently blocks of flats at a junction between Búdková Street and Drotárska Cesta street had been shielded from street noise and road dust by woodland. But last month, 80 trees there were cut down to make way for a controversial residential project.

The felling of the trees – some of them 60 years old - was carried out under a legal permit, but came in spite of protests from local residents and pleas from the Old Town council to the permit holders, a company called Angkor Wat, to delay the operation.

“We’re not happy, but that is not enough for us to exceed our powers,” Old Town Mayor Zuzana Aufrichtová said, adding there was nothing her office could have done to stop the felling.

Writing on social media, Bratislava Mayor Matúš Vallo said the incident had highlighted problems with planning regulations and the limited powers of local authorities, and attacked what he said was the “insensitivity” of some developers.

“The felling of trees on Drotárská Cesta is an extremely sad event that must have upset everyone. It highlights a systematic problem with setting powers in the city and also the behaviour of some developers and landowners who deal with their property with absolute insensitivity,” he said.

He added that the loss of the trees was all the more frustrating because it comes as the city has launched an extensive programme to plant 10,000 trees in the capital.

“On one hand, we are planting greenery wherever engineering networks do not prevent us from doing so. On the other, due to burdens of the past and some developers’ insensitive approach, trees are disappearing,” wrote Vallo. 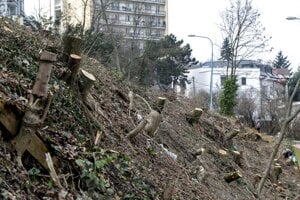 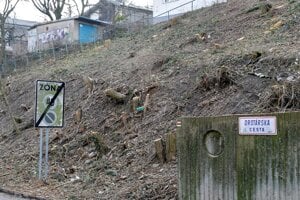 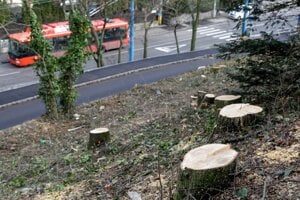 Attractive locality for residents and developers