New regulations will slash number of billboards and other advertising in the city. 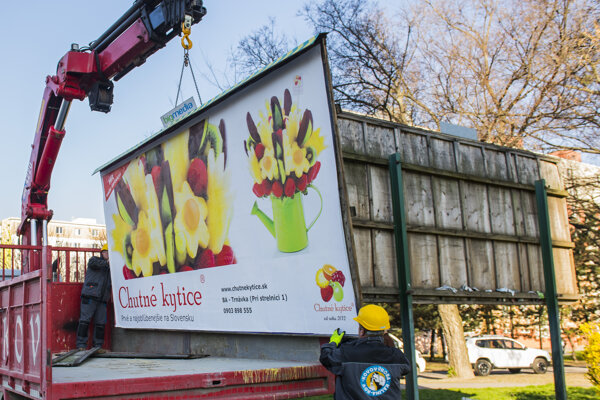 In August 2018, Slovakia’s biggest bank pulled down its last billboard in Bratislava. The mega advertisement for Slovenská Sporiteľňa – which had been moving its advertising strategy towards digital advertising for some time –covered the entire side wall of an apartment block on Kamenné Square not far from the city’s historic old town district.

It was replaced with a new one for another company, but the spot where it hangs and the area around it is soon likely to be advert-free as Bratislava authorities look to slash the amount of outdoor advertising in the city and deal with what its officials describe as a “devastating visual smog”.

“Visual smog has long had a devastating [effect on] the quality of experience of our city’s public spaces,” said Bratislava Mayor Matúš Vallo, whose team at Bratislava city council has been working to reduce outdoor advertising in the city since he took office in late 2018.

Foreign visitors to the capital are sometimes surprised or even shocked at the mass of advertising, often glaringly gaudy or shockingly eye-catching, along streets and main roads and outside or above shops.

Experts have coined the phrase ‘visual smog’ to describe the phenomenon.

Bratislava has almost 10,000 billboards, megaboards, and backlit ‘citylight’ advertising boards, according to www.cas.sk.

But city authorities are drawing up a new policy on the regulation of outdoor advertisements, looking to reduce them by about two thirds in the capital and completely driving them out – with the exception of street signboards outside shops - from the historical city centre.