Archeologists found some remains of a Gothic house cellar. 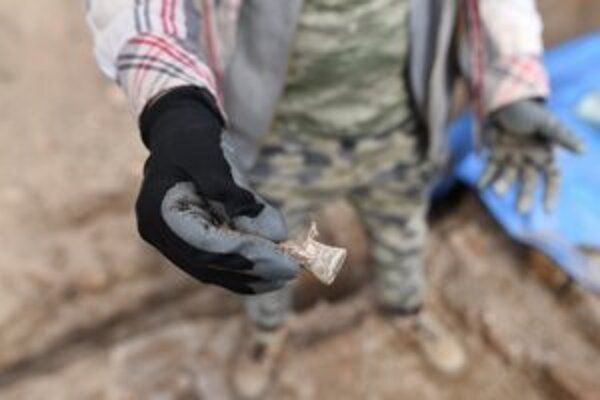 Remains of a cellar in a gothic house (Source: TASR)
Font size:A-|A+

Archaeologists have discovered the remains of a 16-metre long Gothic house cellar near the synagogue on Halenárska Street in Trnava. The place where the excavations took place is said to be is now a new relaxation zone.

The findings date back to the year 1400, said head archaeologist Andrej Žitňan.

"The cellar consists of three arches with a Gothic rib vault made up of bricks," Žitňan said, as quoted by the TASR newswire. These kinds of cellar features were only present in the richest bourgeois houses, he added.

Findings to be preserved

Halenárska Street is one of the oldest streets in Trnava, where local patricians used to build their magnificent palaces.

The discovery of the cellar adds a completely new aspect to the history of Trnava, said archaeologist Peter Grznár from the Regional Monument Office in Trnava.

The cellar might be around five or six metres wide. People at the monument office are thinking of presenting the discovery to the public, given its importance and value. It may even be reconstructed, Grznár said, as reported by TASR. 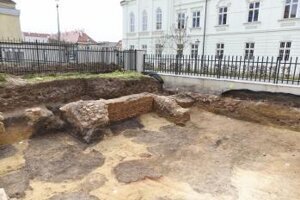 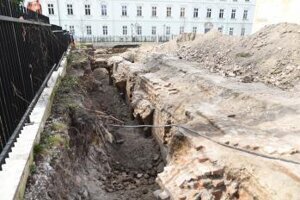 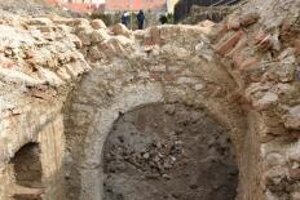 Arechological exploration of the cellar in a gothic house (4 photos)

The reconstruction will depend on the decision of the town authority, as the place was originally supposed to serve for recreational purposes. Archaeologists have not finished the excavations yet, Žitňan pointed out.

The archaeological survey was carried out on the other side of the plot, confirming that the area was inhabited by the Celts. They found pieces of ceramics made on a kickwheel. The findings were unexpected, said Žitňan for TASR, adding that the excavations will continue.

The archaeologists are cooperating with the Western-Slovak Museum in Trnava, where the findings will be presented and kept.