Neither engaging, nor offensive. What would Heger be like as PM? 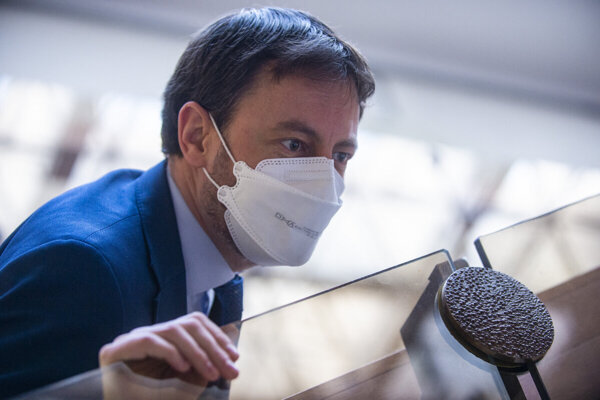 "If our press conference offended anyone, we apologise," Eduard Heger of OĽaNO said minutes after President Zuzana Čaputová appointed him the acting health minister.

He was the only OĽaNO politician who apologised for what PM Igor Matovič said when he labelled the departure of his health minister Marek Krajčí the "world's most absurd resignation" and attacked his coalition partners once again.

"I think he is a kind of calm unifier," the Bratislava regional governor Juraj Droba of SaS said about Heger. The two men have known each other for 20 years.

They became acquaintances in Washington and worked for a company that was behind an exclusive vodka exported to the USA. Heger is the godfather of Droba's son. While Heger is a conservative politician, Droba is a liberal. They say they can learn from each other.