Bratislava is searching for mosquito hunters

The capital wants to fight the annoying insect in an environmentally-friendly way, asking people to take part. 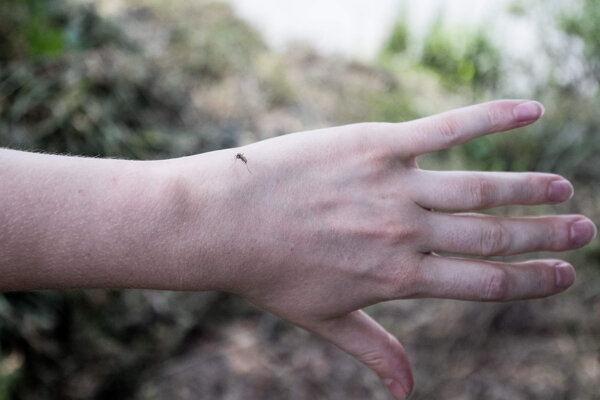 Heavy rains followed by hot weather brought a mosquito calamity to Bratislava last year. The insects, in their thousands, annoyed people in Bratislava and its environs.

While Bratislava city authorities reached for an environmentally-friendly solution, the biocide called Bacillus thuringiensis israelensis (BTI), some boroughs considered the effect insufficient and added chemical pesticides as another weapon.

In an attempt to prevent the swarms of mosquitoes, and subsequent criticism, the preparations for this year's mosquito season in Bratislava began in winter. As of March 1, the city's senior biologist Tomáš Troska has been monitoring mosquito hatcheries.

The plan is that the volunteers the city is recruiting will join the biologist as of April 1. Equipped with dippers, they will count mosquito larvae in suspect areas. Based on their number the city will decide on the application of BTI. 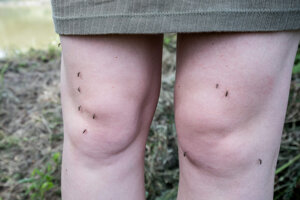 “Last year, we resolved to prefer biological methods of mosquito eradication to chemical spraying, because it has been proven that the effects of these agents have serious harmful effects on human health and, in addition to mosquitoes, kill other animal species,” said Katarína Rajčanová, the spokesperson of the Bratislava City Hall.

Contrary to the chemical agents, BTI kills mosquito larvae and is considered non-toxic to most aquatic organisms. The catch is that it only works before larvae turn into adult mosquitoes. That is why extensive monitoring is required in order for the biocide to be applied in time. 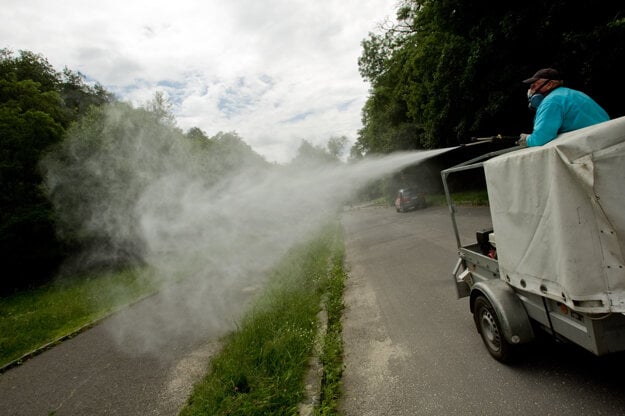 Chemical spraying is lethal not only for mosquitos. (Source: TASR)

The city used BTI for the first time in 2019, with mixed results due to the late administration of the biocide and the insufficient monitoring of hatcheries.

Last year's weather brought ideal conditions for the reproduction of these insects, complicating the situation for the city authorities. Mosquito species that occur in flooded areas reproduced much more vigorously, as did those that hatch in small water reservoirs, in the forks of branches, or holes in tree trunks. BTI does not work against the latter.

To increase the chance for the appropriate administration of BTI, Bratislava authorities are searching for volunteers to monitor suspect mosquito hatcheries along the Danube, its arms, and localities with stagnant water.

The volunteers will receive professional training and learn to identify hatcheries and take samples with a dipper. Those interested can find more information at www.lovcikomarov.sk, available in Slovak only.