They have reassured Ukraine of Slovakia supporting its territorial sovereignty. 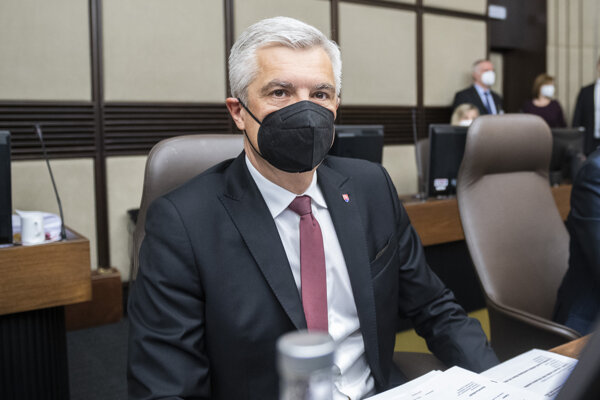 International society must demand the integrity and sovereignty of Ukraine, which was breached by the Crimea annexation in 2014 and since then there has been an ongoing conflict in Ukraine.

This is how Slovak Foreign Affairs Minister Ivan Korčok (SaS nominee) reacted to Russia deploying its military troops near the borders with Ukraine.

“Slovakia, with its voice, joins those countries and institutions that have expressed maximum concern about what we are seeing,” Korčok said, as quoted by the SITA newswire. “We want the reason for strengthening Russian military presence on their territory along the Ukrainian border to be very clear.”

He also spoke with his Ukrainian counterpart Dmytro Kuleba on April 8 over the phone, discussing the current situation. Korčok reassured Kuleba that Slovakia supports the territorial integrity and sovereignty of Ukraine.

Defence Minister Jaroslav Naď (OĽaNO) said that the situation in Ukraine is being carefully monitored.

“The tension is perceptible,” he told the TASR newswire, adding that it is important to act with “a cool head”. He hopes the situation will calm down and that there will be no escalation of the conflict.

Naď also denied claims that NATO would increase the number of troops in Ukraine or mobilise units. Quite the opposite, dozens of thousands of soldiers were mobilised on the Russian side of the border with Ukraine, he added.

State Secretary of the Foreign Affairs Ministry, Martin Klus (SaS), has meanwhile met with Ukrainian Ambassador to Slovakia, Yuri Mushka. He repeated that Slovakia supports the integrity and sovereignty of Ukraine, and any steps towards a potential breach of the territorial integrity of Ukraine will not be acceptable.

“The violation of the ceasefire and the reports of the mobilisation of Russian troops at the Ukrainian border, or at the Ukrainian territory of occupied Crimea are worrying,” Klus wrote on Facebook. “Further destabilisation of the situation would also mean a threat to Slovakia's security, as the further spread of conflict outside the Donbas region cannot be ruled out. Therefore, we again call for restraint and the de-escalation of tension.”