Kolíková faces ousting. These are the suspicions voiced against her

The vote on ousting Mária Kolíková from the post of justice minister was initiated by Smer chair Robert Fico. 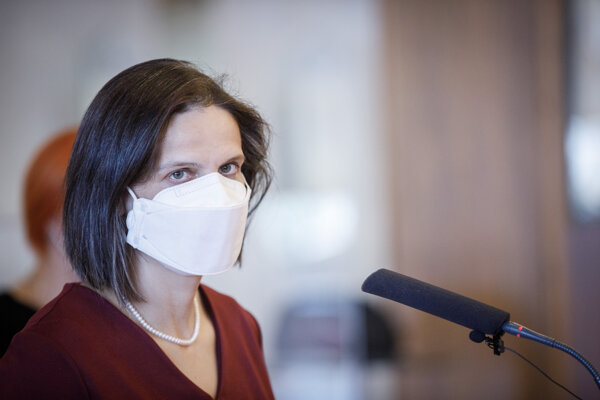 “We have a justice minister who owns a company that robs ordinary owners of flats. Congratulations, well done!” said ex-PM and Smer chair Robert Fico at the April press conference.

He criticised Justice Minister Mária Kolíková (Za Ľudí) and demanded a parliamentary session to oust her from the post. The session will be held on May 10.

The initiative comes at the time the parliament is set to discuss changes to collusive custody (i.e. when there is a concern that the person will try to influence witnesses or mar evidence – ed. note). Several people nominated by the Smer-led governments, and even former director of the Slovak Information Service (SIS) intelligence agency Vladimír Pčolinský, have ended up in collusive custody recently.

While some coalition MPs from OĽaNO led by Igor Matovič have criticised the minister, claiming she has not provided sufficient explanations in response to their suspicions, Kolíková said at the May 10 press conference that she has the trust of the government led by Eduard Heger of OĽaNO. Matovič was not present at the early morning vote, she added. 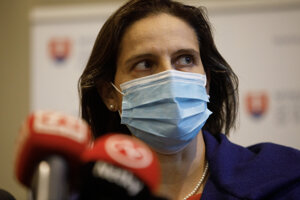 Justice Minister Kolíková: I see no reason to step down Read more

Fico has organised two press conferences concerning Kolíková so far, implying she was involved in some illegal activities. He referred to the court decision from December 2019, which sentenced Kolíková’s step sister for taking nearly €16,000 from the account belonging to the MK Real company. The money did not belong to her, but to the owners of the flats the company administered.

Kolíková is a co-owner of the company, but not its authorised representative. Politicians are not banned from owning a share in a company, but they must not lead it or be in its statutory, managing and supervisory bodies.

Fico does not believe that Kolíková did not influence the company’s developments.

He blamed the minister for the activities of another company, for which Kolíková’s brother is an authorised representative. He criticised the fact that the firm signed an agreement with Nová Scéna theatre and the public-service broadcaster RTVS.