The first North American porcupine and a few rare great hornbills become members of the animal family in Košice. 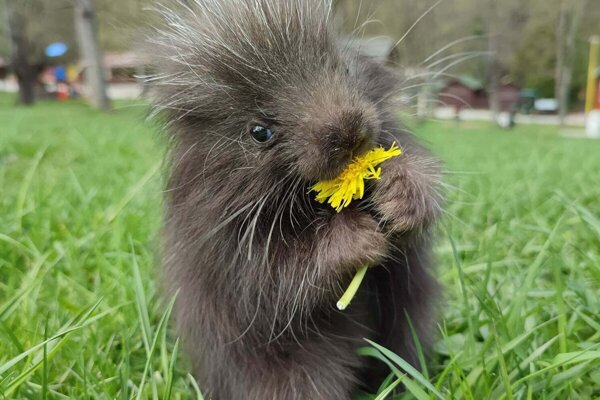 The Košice Zoo has welcomed a baby porcupine, a first in Slovakia. The cub named Hugo was born in April, the TASR newswire reported.

"The porcupine has very similar characteristics to a hystrix but is actually much closer to the guinea pig family," said zoologist Patrik Pastorek, as quoted by TASR. "Its quills are smooth with hooks at the ends. The porcupine also differs from a hystrix because it does not dig burrows. On the other hand, it has great skills when it comes to climbing." 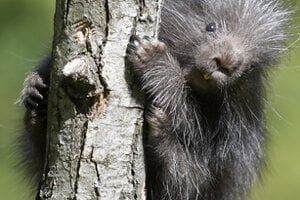 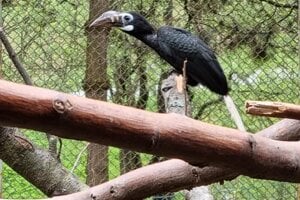 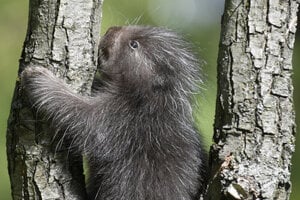 Porcupines tend to be loners and look for shelter and food in trees. Their food includes buds, leaves, bark and flowers. Similar to guinea pigs, porcupines are born well developed with open eyes and fur. They weigh between 3.5 to 7 kilograms as adults and pregnancy lasts approximately 210 days, TASR reported.

Female porcupines give birth to one, rarely two offspring. The father of the porcupine in the Košice Zoo comes from the zoo in Olomouc, while the mother was brought in from Miškovec in Hungary.

Apart from the baby porcupine, the zoo is luring visitors with another new rare breed.

The Visayan Hornbill comes from the Philippines and is one of the most endangered species of hornbill in the world. The bird lives in untouched rain forests that are often ruined by people. That is one of the reasons why one of the species has gone extinct, TASR reported.

"You can distinguish between the female and male bird at first glance," said Pastorek, as quoted by TASR. "While females are all black, the males have a white and cream-colored head, along with the bottom part of their body. What's interesting about this bird breed is that besides fruit, it also eats ants."

A few new hornbills were brought to the Košice Zoo from Prague. The Košice Zoo is the only one to have this species.