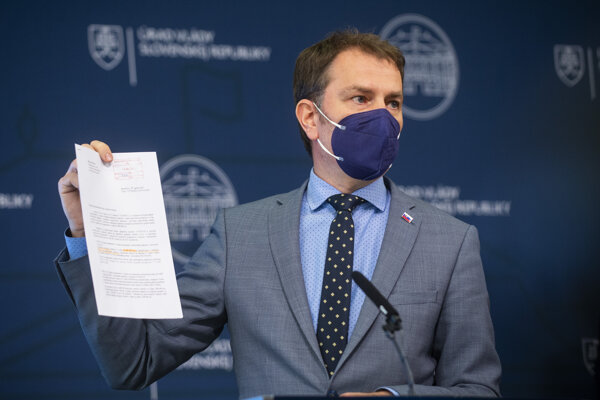 The discussion over increasing state expenditures for this year by €3.4 billion has ignited another dispute in the coalition.

Representatives of the Freedom and Solidarity (SaS) party disagree with such a high increase and are ready to discuss the measures. This approach was later criticised by Finance Minister Igor Matovič (OĽaNO) whose department has authored the amendment.

He held a press conference, blaming SaS and its chair Richard Sulík for taking people and firms hostages and proposing to in fact reduce the state assistance. SaS said Matovič was misleading in response.

Speaker of Parliament Boris Kollár (Sme Rodina) meanwhile suspended the parliamentary session until May 26, citing the coalition's need to discuss some proposals as the reason. One proposal up for discussion is the increase in budgetary expenditures.

Why the budget needs to be increased

The amendment to the law on the state budget, which was approved by the cabinet on May 12, proposes to increase several items in this year's budget. For example, a further €2.4 billion should be allocated for the so-called pandemic expenditures.