How a Slovak “travelled” to the Moon and got forgotten

A weekly dose of the stories not to be missed, including ice-hockey and Eurovision. 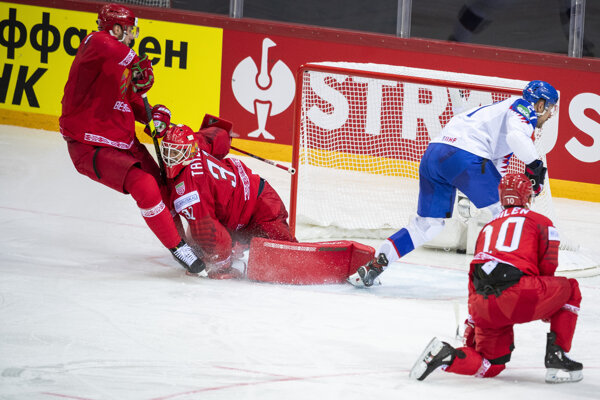 At the weekend, Europe is going to find out who the next Eurovision winner will be, and the ice-hockey world championship kicked off in Latvia on Friday as well. In the roundup, we are touching on both topics. Let’s start with ice hockey.

Despite no big NHL names, ambitions of Slovakia’s young team are high

Watching the Slovak national ice hockey team play at the world championships in the past couple of years resembled a bad movie marathon. But unlike a marathon, the Slovak team said goodbye to the tournaments quickly, not reaching the quarter-finals since 2013.

On Friday, May 21, the Slovaks played their first game against Belarus, defeating them 5:2. On Sunday, they take on Great Britain and are expected to win. But there are much tougher teams to defeat - Sweden, Russia, the Czech Republic and Switzerland – in the group.

The question is: can Slovakia do better in Latvia this time with its inexperienced team whose average age is not even 25 years? 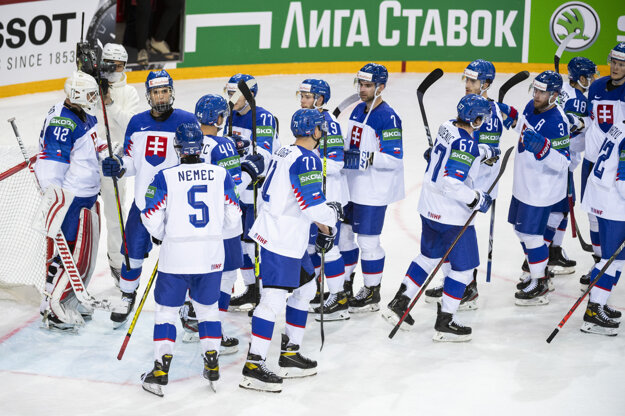 “We don’t have any big stars on our team, nor established NHL players, and many players are attending the world championship for the first time,” general manager of the representation team Miroslav Šatan said, “but we still hope they’re ready and able to play.”

With the recent launch of a cross-border bike sharing system, the communities in nine towns near the Slovak-Hungarian border now have the opportunity to get to know each other in an easier and eco-friendly way.

The public transport system in the towns offers a total of 95 conventional and 35 electric bicycles for rent, which can be rented at one of the 13 collection stations and then handed over at any other station, according to the project’s website.

A resident or a tourist can rent a bike up to 10 hours per time. (Source: KOMBIbike)

The bike sharing system, run by T-Systems Magyarorszag, cost €981,000 and was mostly financed from the European Regional Development Fund. Bikes were delivered by the Esztergom-based firm Neuzer.

Royal tour of Skalica in a carriage

This season, visitors to Skalica can explore the town from a horse-drawn carriage. In addition to the carriage ride around the former royal town, Skalica wants to buy new period costumes for tour guides.

Reconstruction works on Šášov Castle and Revište Castle have ended, and the castles are preparing for the summer. A 3D castle model, pottery production, and night sky observations are just some of this year’s novelties.

The first baby North American porcupine, Hugo, and a few rare birds have become members of the animal family in Košice. The Visayan Hornbill comes from the Philippines and is one of the most endangered species of hornbill in the world.

The portrayal of Banská Bystrica sights in art prints

One may wonder what the Slovak artist Dominik Skutecký, who painted some of his greatest works of art in Banská Bystrica, would think of the latest art prints of the central Slovak city?

Pictures of nine sights such as the Slovak National Uprising Square, view of the city and surrounding mountains, Barbakan City Castle and Paľo Bielik Amphitheatre were created by five Slovak and Czech illustrators, including Barbara Kršková, Zuzana Bartová and Michael Beyer. 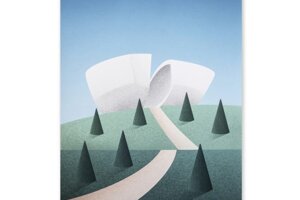 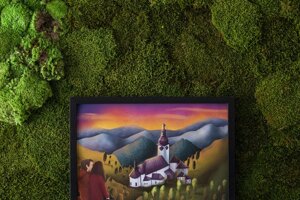 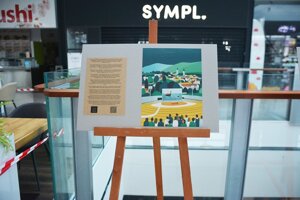 “We decided to create them because we come from the city and we wanted to bring the most beautiful places of Banská Bystrica to people’s homes,” said Michal Blaško, CEO of the Innie.sk online shop. He came up with the idea together with a local medium.

At the same time, the project contributes to the preservation of the depicted places, whether it is film screenings at the 1955 amphitheatre or the reconstruction of Radvanský Manor House.

Close to the city, tourists can visit two important localities – the mining settlement Špania Dolina and Kalište, a ruined village burned down by Nazis. Viktória Žitňanová Nagyová endeavoured to create the art print of Špania dolina, while Martin Paseka offered his vision of Kalište.

The art prints have already found a home not only in Slovakia but also abroad, in Germany, the UK, and the Netherlands. 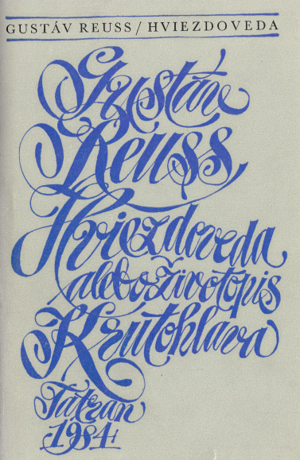 If you asked a school pupil who Gustáv Reuss was, or what he has got in common with the French writer Jules Verne, you would probably see the pupil shrug their shoulders.

While Slovak children learn about Jules Verne and his famous books on travelling to the Moon in Slovak language and literature classes, Reuss falls behind. Yet, he is the country’s father of sci-fi literature, who even wrote about moon travel a few years earlier than Verne himself.

Born in 1818 in the town of Revúca, Reuss loved the natural sciences. After his medical studies, he took up astronomy. Hoping to educate and ignite a passion for astronomy among people, he wrote the book called Hviezdoveda alebo Životopis Krutohlava, čo na Zemi, okolo Mesiaca a Slnka skúsil, a čo o obežniciach, vlasaticiach, pôvode a konci sveta vedel in 1856.

The main character of his Hviezdoveda book, which can be shortly translated as “Star Science”, is called Krutohlav. He is an apprentice living in Mníšany, Gemer region, who decides to travel by a huge balloon to the Moon.

“How futile is life, how short! Why, then, would we not leave the Earth, on which we constantly have to struggle with poverty, and we would not look for parts of the Earth better than ours, more prosperous, high above the Earth?” Reuss writes. 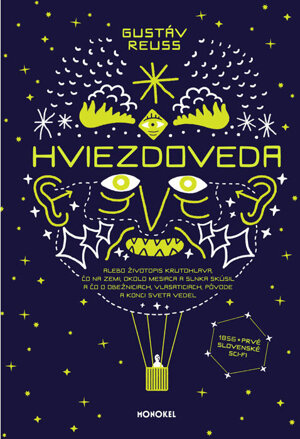 Following his adventure to the Moon, Krutohlav keeps on travelling through the solar system, coming up with his own names for all the planets. Mercury became Dobropán and Smrtonoš symbolised Mars. He also travelled all the continents, noting down his detailed observations.

Although Reuss’ book may read like a sci-fi story, it is full of facts from the 19th century, serving as a story-like textbook on then-known geography. However, it was not published until the year of 1984. Today, a competition bearing the Revúca writer’s name, supporting sci-fi writers, has been revived after almost two decades.

All in all, Reuss believed, as he mentions in the book, that humans would land on the Moon one day, and the landing indeed happened in July 1969. It was not Krutohlav (Head-shaker) but Neil Armstrong and Edwin Aldrin who then walked on the Moon. Had Reuss had a chance to witness the moment, he would probably have shaken his head, not believing his eyes. 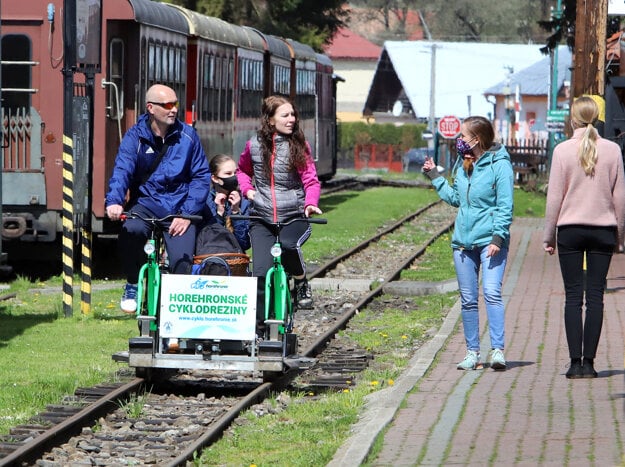 A peek into the lives of Pressburgers

About 30 old Bratislava families shared their family photos and documents with Bratislavské rožky during the first decade of its operation, and they are now on display. They offer not only a peek into old Bratislava households, but also depict places that no longer exist. The exhibition presents such rarities as Sándor Petőfi’s letter from 1844 as well. 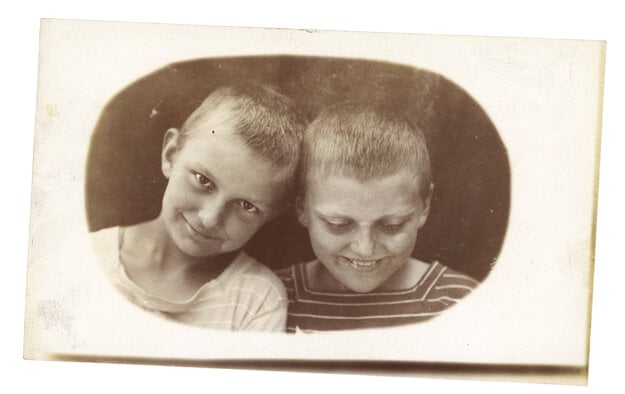 Ancient symbols as a way to avoid conviction of extremism

Historian Tomáš Klubert claims that extremists, and other groups, have given a completely different meaning to some of the ancient symbols. Moreover, they have become a good cover for extremists when hiding their ideology. He also opines that if someone has a swastika on a flag today, it does not indicate any passion for history, but rather their ideological preferences.

While much of Europe has been talking about this year’s Eurovision, and there is indeed a lot to discuss, Slovakia has ignored the song contest since 2012 when Max Jason Mai represented the country with Don’t Close Your Eyes.

The public broadcaster RTVS has claimed for years that it has got no money for Eurovision, or that it would spend money on its own projects rather than on this music show.

In 2020, reacting to the RTVS’ repetitive position, songwriter Kamil Peteraj told the Plus 7 Dní weekly: “The fact that we ignore Eurovision is a sign of total stupidity.”

He went on, arguing that the song contest gave countries an opportunity to promote themselves in front of millions of people. This year people can explore, in particular, the Netherlands since it hosts the event.

In addition, with more new artists appearing on the Slovak music scene every year, the country could also promote its artists. Yet, looking back at those seven Slovak performers in the history of Eurovision, none achieved much success abroad.

At Eurovision, it was TWiiNS with I’m Still Alive that achieved the best result for Slovakia, but even they did not make it to the grand final in 2011. Also, most of the songs representing Slovakia never became evergreens back at home, except for Marcel Palonder’s Kým nás máš from 1996 and Kristína’s Horehronie from eleven years ago.

That is it. Thank you for reading the Spectacular Slovakia weekly roundup. Have a lovely weekend. See you next week.