Creative team behind the project are moving to Jarovce. 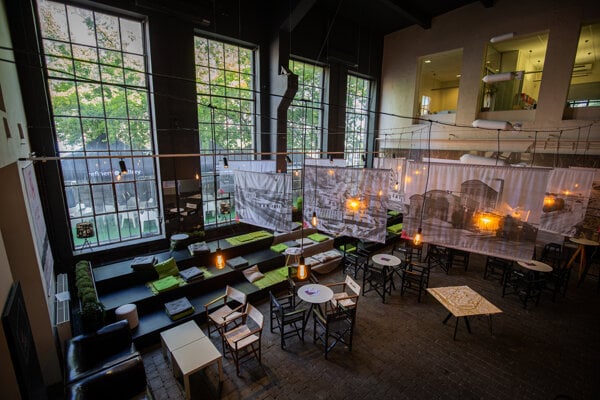 When visitors gathered in late 2016, at Bratislava’s iconic Design Factory, they found the building in near darkness, the only light coming from the flickering candles laid out hastily by staff.

This was not an artistic touch, but a makeshift solution after excavation work on a neighbouring plot of land had cut the power cables to the building.

It also underlined how rapidly the area around the former locksmiths’ workshop has been developing recently. 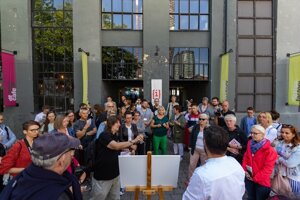 On May 21, 2021, people gathered to say goodbye to the building – and mark the launch of the book ‘Design Factory – A Positive Example’ covering its activities since it was opened in 2005 - which until recently had been a hub for architects, designers, and other creative people, as well as a space for cultural and other events.

The building’s owners, ZSE, are planning to develop the land it stands on, and the company’s plans to build a new headquarters on the site have raised concerns among the cultural and architectural community over the fate of the building.

Over the 15 years since its opening, Design Factory was the location for:

The building had originally been part of the extensive complex of the Apollo refinery, which was bombed during WWII, and was declared a Bratislava landmark by the city’s authorities in 2019. The declaration does not, however, offer the building any special legal status or protection.

ZSE has neither confirmed nor denied plans for its demolition.

Michaela Dobošová, ZSE’s spokesperson, told The Slovak Spectator: “Consultations are currently underway on the next steps. ZSE is fully aware of the interest of professionals and the general public in this former workshop. Once the decision is made, we will inform the public.”