Enjoy the Danube, a common territory that belongs to everyone

More than 20 different organisations have prepared a chain of events under the Solstice on the Danube. 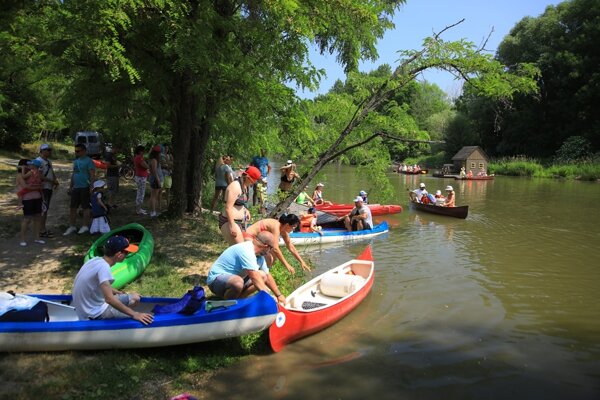 “The Danube is an amazing river; it has fascinated me for years,” said Jana Petíková when confessing her love and passion for the Danube River. “It’s inconspicuously massive, and its water smells of mud. In addition, when you kayak on it, you are part of the city and at the same time you are in wild nature.” 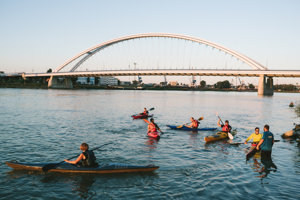 This year, the Solstice on the Danube programme features events organised by more than 20 different organisations operating on the river. These include boating clubs; environmental, community and cultural organisations; private establishments and businesses; public institutions and local governments.

“Everyone can pick something for them in the programme and find their own place on the Danube,” Juraj Tedla from the Central European Foundation told The Slovak Spectator. Under the supervision of instructors, those interested can try kayaking, take a cruise or ride on a speedboat, observe the mysterious world of waterfowl, understand the importance of wetlands, discover unknown corners of the Little Danube, get inspired by the courageous Danube hardies, discover traditional boat technology or cheer on athletes in water-sport competitions.

As part of its Danube Fund platform, the Central European Foundation organised the first Solstice on the Danube in 2016.

“In addition to thematically focused activities, such as discussion forums or working group activities, we also wanted to provide an activity that gives the general public direct contact with the Danube,” Tedla told The Slovak Spectator, adding that they really wanted to touch the water and feel its liveliness.

They asked communities, people and organisations that have been active on the Danube for years, either professionally or as a hobby, to present to the general public what the Danube means to them and how they live on it.

“That’s why we call the Solstice on the Danube a show because it’s really a demonstration of a spectrum of different communities,” said Tedla.