Most parents do not want to vaccinate children against Covid

After the vaccination of this age group is launched in Slovakia, the agreement of a parent will be required. 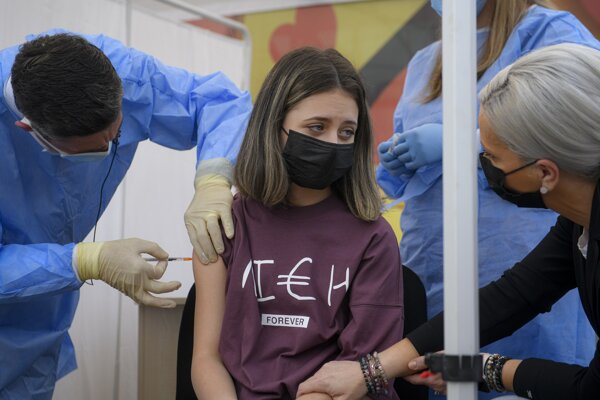 After the Sputnik V roll-out, vaccination against Covid-19 should be open for children aged 12 to 15.

The European Medicines Agency gave member states the green light to vaccinate people younger than 16 at the beginning of June. The approved vaccine for this age category is the Pfizer/BioNTech vaccine. 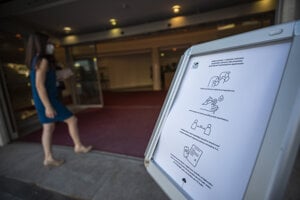 The recent poll conducted by the Focus polling agency for the TV discussion Na Telo of the private Markíza broadcaster showed that only 41 percent of people agree with the vaccination of children aged 12-16 years. 50 percent of those polled said they rather disagree or definitely do not agree with the vaccination of children. The poll was conducted between May 11 and 19 on 1,008 respondents.

After the vaccination of this age group is launched in Slovakia, the agreement of a parent will be required.

Vaccinating children against Covid-19 could help Slovakia achieve herd immunity. As of June 7, about 33 percent of the population have received the first jab. During the initial outbreak of coronavirus in Slovakia in 2020, scientists assumed that a 60-percent vaccination rate would be necessary to reach herd immunity; however, they have revised their estimations to 80 percent due to the presence of more aggressive strains.

More than half of the support for the vaccination of youngsters came from voters of the coalition (almost 55 percent of those asked), especially supporters of Freedom and Solidarity (60.2 percent) and non-parliamentary Progressive Slovakia (59.7 percent). From a regional point of view, the group most supportive of the vaccination of children were people from Žilina Region (51.8 percent).

Children belong to the group least threatened by Covid-19. They usually have mild or no symptoms of the disease. However, some children have had more serious cases of the disease and there have been some deaths.