Where to swim and cool off in Slovakia this summer

Take a dip in regularly checked lakes and water dams. 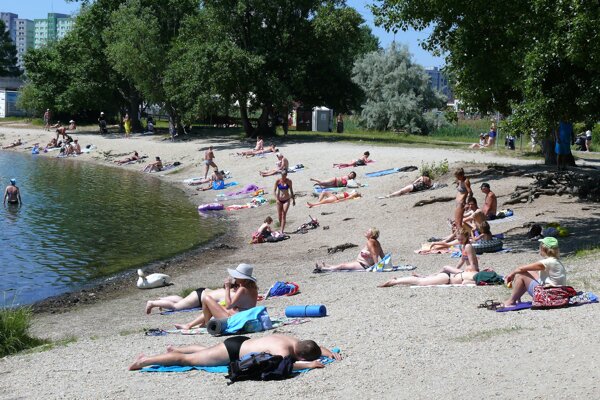 The sea is the only element Slovakia lacks, some claim, in order to be a perfect holiday destination. And still the country is a water paradise.

In addition to hundreds of swimming pools and water parks, Slovakia boasts plenty of lakes and water dams, many of which are checked on a weekly basis during the summer by regional branches of the Public Health Authority.

Zlaté Piesky in Bratislava and the Slnečné jazerá lakes in the town of Senec, situated near the capital, are the only two approved wild swimming spots with organised recreation in the Bratislava Region.

As the map below shows, several other areas – marked with a blue-and-white swimmer icon, including the Liptovská Mara dam in the Žilina Region and Veľká Domaša – Tišava in the Prešov Region, have also been placed on the list.

The Krpáčovo water dam near Brezno, Banská Bystrica Region, and Lake Delňa near Prešov are considered suitable for swimming from July 16.

Simultaneously, public health authorities in regions have gone on to greenlight unorganised recreation by many lakes and dams, which you can all see pinned on the map and marked with a black swimmer icon.

From July 23, the list includes Palcmanská Maša in the Košice Region as well.

Good for a swim, despite high phosphorus

A few lakes, the authorities have also found, do not meet some indicators but are still good for a swim.

Hence, people can enjoy taking a dip in the recreational area of Rudava near the village of Malé Leváre and in Pieskovňa Lake next to the village of Plavecký Štvrtok, though the colour of water did not meet necessary requirements. Both places can be found in the Malacky district, and thus not far away from Bratislava.

Reduced water transparency was confirmed in the Kráľová-Kaskády water dam and the Bagrovisko Šintava lake in the Trnava Region.

Swimming in the Laborec River in the city of Humenné, eastern Slovakia, and in Lipovina dam in the village of Bátovce, Banská Bystrica Region, has been approved by the authorities as well, despite higher levels of phosphorus and nitrogen. 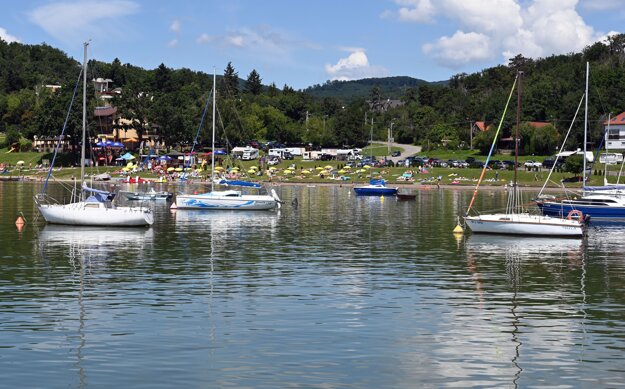 “The increased colour and increased total phosphorus and nitrogen are among the insignificant indicators, and are checked beyond the mandatory indicators,” the authorities said, adding that the results of other indicators relevant for health came in satisfactory.

Apart from natural waters, bathers have indoor or outdoor swimming pools at their disposal in nearly every larger municipality. As many as 162 swimming centres and 541 pools have been given permission to reopen, and several others are believed to follow soon.

Nevertheless, the indoor swimming pool in Spišská Nová Ves will remain closed due to reconstruction work. 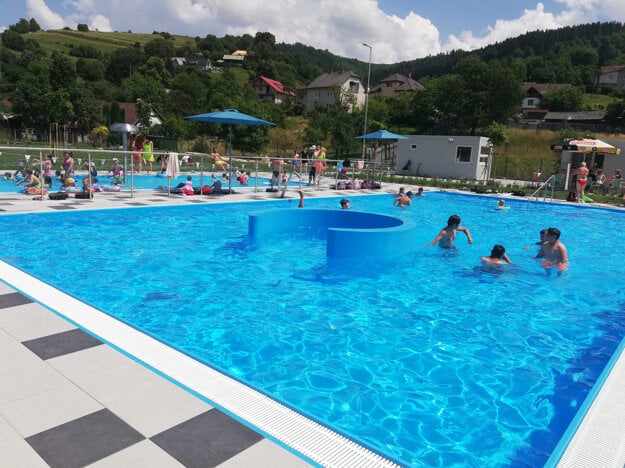 “In most cases the reason is unsatisfactory technical conditions or ongoing renovations,” said the Public Health Authority, which updates the list of suitable swimming spots in Slovakia every Friday.