How a troubled marriage led to a miraculous baroque church

Thousands visit the pilgrimage site in Šaštín-Stráže every year. 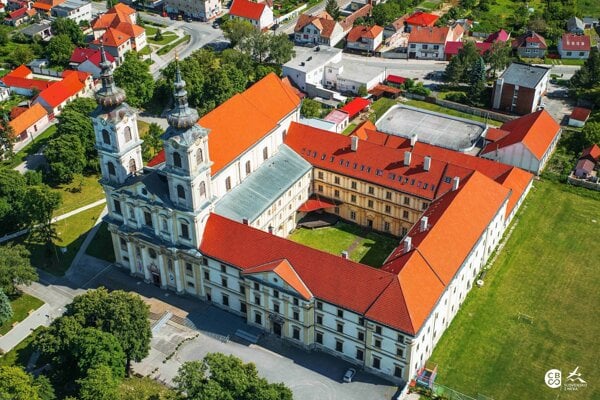 In Šaštín-Stráže almost everyone knows the story about Countess Angela Bakičová and her husband Imrich Czobor.

In 1564 they were hiding from the Ottomans in the woods of Šaštín. Czobor had been treating his wife badly and left her stranded in the forest in Šaštín. Angela was frightened and began to pray to the Virgin Mary for help, as well as improvement in her marriage. In the prayer she promised to build a wooden statue of the Our Lady of the Seven Sorrows if her prayers were answered.

It happened. From then on, she and her husband lived happily and harmoniously. They had a wooden statue made and had it placed on a pillar at the place where Angela prayed.

At the site of a series of additional miracles, the Order of Paulines built a pilgrimage church and monastery during the first half of the 18th century.

The church, an excellent example of central European baroque art, was consecrated on August 12, 1762 in the presence of Empress Maria Theresa and her husband Francis Stephen, Duke of Lorraine.

Basilica of Our Lady of Seven Sorrows in Šaštín

Three days later the miraculous statue of the Virgin Mary was put on the main marble altar. At that time it was one of the largest baroque churches in central Europe. The frescoes, depicting an opening sky and the carved confessionals, are a memorable part of rococo decoration.

The Paulines left Šaštín for Poland after Emperor Joseph II cancelled the Pauline order, and in 1924 the Salesians of Don Bosco settled here. In 1964, the church was declared a Basilica Minor, a title with certain privileges given to some Roman Catholic churches by the pope. Thousands visit the site every year. The main pilgrimage takes place on September 15, the holiday of the Our Lady of the Seven Sorrows, patroness of Slovakia.

A lot of wine producers are part of the Little Carpathian Wine Route which is the oldest wine route in Slovakia developed in 1995. The aim of these wine producers has been to foster the development of the Small Carpathian region, especially in tourism connected to its winemaking traditions. MVC’s most popular event is its Day of Open Wine Cellars in May and November. 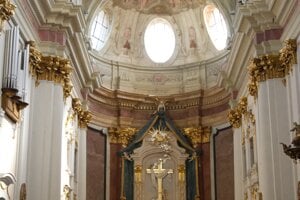 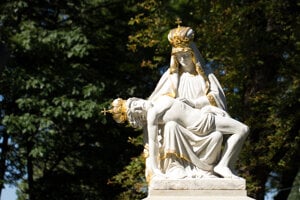 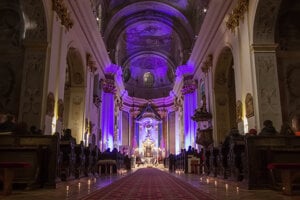