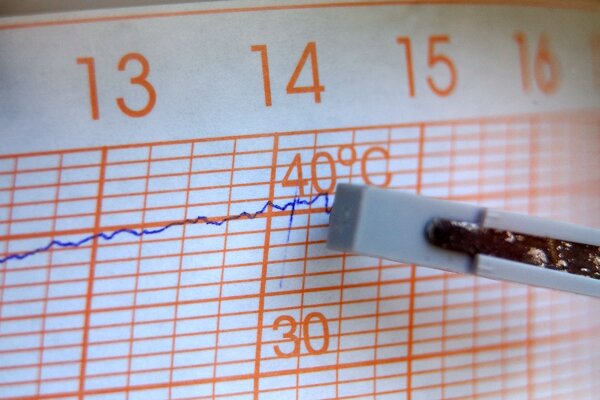 Every summer we hear weather forecasters say on television that high-temperature records have been broken in the small town of Hurbanovo near the border with Hungary.

The local weather station, where the first daily meteorological observations were recorded in 1872, has now been added to the World Meteorological Organisation’s list of 290 centennial observing stations around the world.

The weather station in Hurbanovo - as well as an observatory - was founded in 1871 by Mikuláš Konkoly-Thege. It became the major facility for weather observations in the then Kingdom of Hungary, and it has served its purpose to date.

Piece of the climate puzzle

Stations with regular meteorological observations of a hundred years or more tell an extraordinary story about our climate history and they are also important for better understanding and predicting the future climate, Slovak Hydrometeorological Office (SHMÚ) head Martin Benko said. 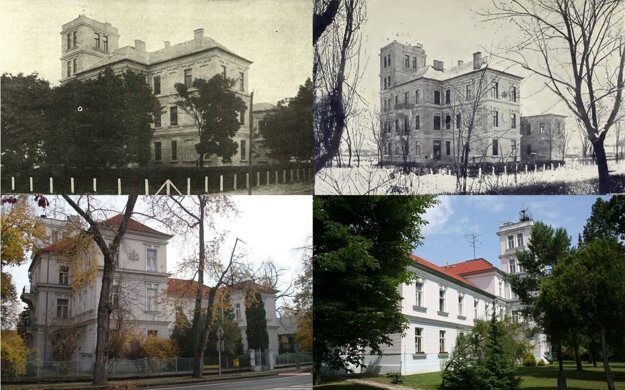 The meteorological station in Hurbanovo has been added to the World Meteorological Organisation's list of centennial observing stations. (Source: SHMÚ)

For instance, observations from Hurbanovo show that average annual temperatures in this part of Slovakia rose from 9.4°C in the years 1872-1900 to 11.2°C in the past 30 years. In addition, it was in Hurbanovo where the highest temperature in Slovakia was recorded – 40.3°C in July 2007.

“When an old observing station is shut down, scientists lose an irreplaceable piece of the climate puzzle,” Benko went on to say.

Some of these stations have been closed in many countries due to poor funds, he added.

Hurbanovo put on the map

Thanks to Konkoly-Thege, the Hurbanovo weather station became one of the most important and advanced meteorological facilities in Europe at that time. But at first, he did not intend to make his meteorological observations on a regular basis. Konkoly-Thege changed his mind only after he discovered his findings may be of use in a broader sense. 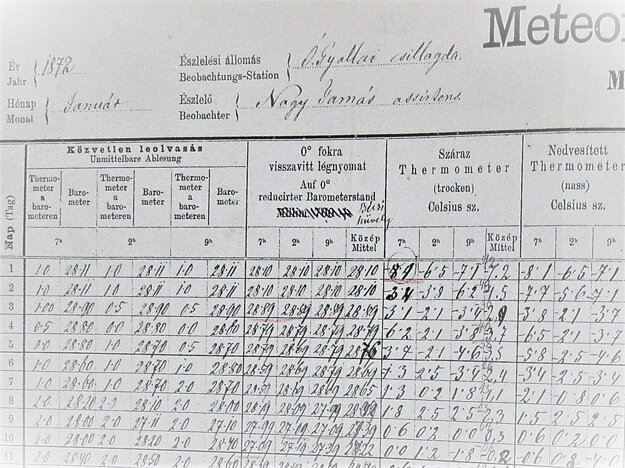 The first page of Hurbanovo weather records from 1872. (Source: SHMÚ)

He constructed his observatory by building a dome on the balcony of his house in 1871, which is also considered to be the year the weather station was founded. Moreover, in this year, the first weather information about Hurbanovo was also published in literature.

Two decades later, Konkoly-Thege was appointed head of the State Institute of Meteorology and Earth Magnetism.

“It is interesting that Konkoly Thege never considered himself a real meteorologist and his publishing activity in this field was significantly less compared to astronomy and geophysics,” a group of SHMÚ experts wrote in their analysis.

Regardless, in 1893, he decided to build a separate weather observing station next to his observatory, which was completed seven years later. The station was initially to be built on the Slavkovský štít peak in the High Tatras, however. 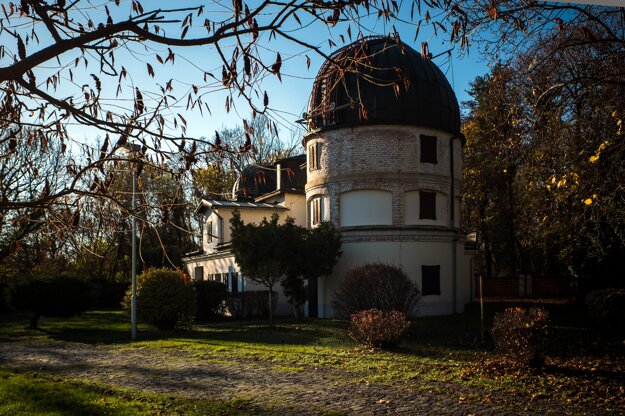 The building, complete with a 22-metre-high tower, stands in close proximity to the Slovak Central Observatory in Hurbanovo and has housed the weather station to date.