The village of Valaská Belá declares emergency situation after floods

Several municipalities in the Upper Nitra region were flooded on Sunday. 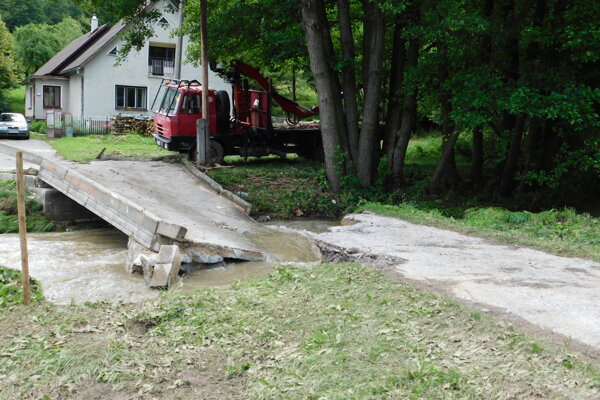 The village of Valaská Belá in the Prievidza district (Trenčín Region) had to declare an emergency situation after a flash flood on August 1.

“The situation is bad,” said Mayor Miloš Cúcik, as quoted by the TASR newswire. “The damages are huge and hard to assess.”

This is already the second deluge that hit Valaská Belá in the past week. The village was flooded during the night between July 25 and 26, when the water damaged local roads and flooded the cellars of family houses. 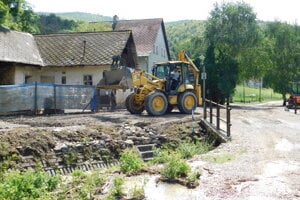 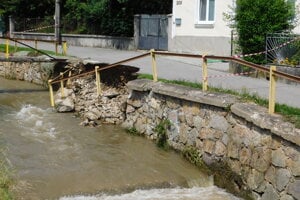 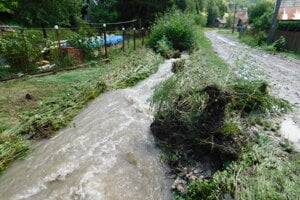 At the time, Cúcik suggested that the damages may amount to several thousands of euros. PM Eduard Heger (OĽaNO), who visited the village after the first flash flood, promised financial assistance to fix the damage.

The damages caused by the most recent flash flood may be even higher, as reported by TASR.

The village is currently removing silt and barriers, while soldiers had to build a pontoon bridge. One problem that may contribute to damages is the wood logging in the nearby forests, according to the mayor.

Apart from Valaská Belá, several other villages in the Upper Nitra region struggled with floods, declaring a second and even third level of flood activity on August 1.

Water mostly flooded the cellars and local roads, particularly in the districts of Bánovce nad Bebravou, Prievidza and Partizánske, the Trenčín regional police wrote on Facebook.

The affected municipalities were dealing with the aftermath alongside firefighters and rescuers on Monday, TASR wrote.