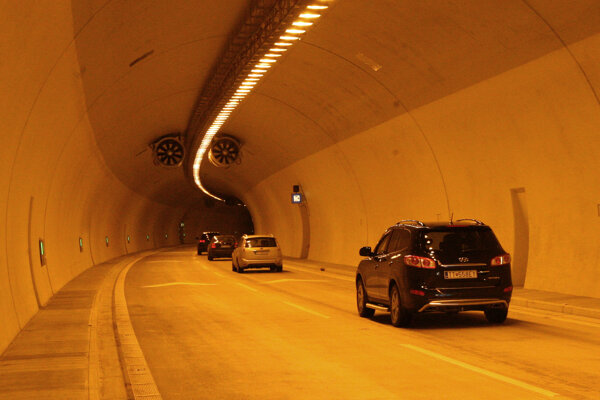 People heading to Poland via the Kysuce region should prepare for some traffic restrictions.

The stretch of the D3 highway between Svrčinovec and Skalité has been closed due to the shooting of an American TV series.

How to avoid closure

In the direction of Poland, the detour route leads along the first class road I / 11 in the direction of Český Tešín through the village of Svrčinovec - Zátky. The detour route leads from Poland along road I / 12 with a limit of up to 7.5 tons. Freight transport of over 7.5 tonnes cannot use the bypass through the villages of Skalité and Čierne, but must use the nearby border crossing of Svrčinovec.

According to the regional newspaper MY Kysuce, the filmmakers are shooting the third season of the Amazon series Tom Clancy’s Jack Ryan, a political thriller show.

The shooting will last seven to 10 days. Besides the Svrčinovec tunnel, the shoot will take place in Poľana and Považský Chlmec.

The highway section will not open even after the shoot ends, as the National Highway Company (NDS) will initiate the regular cleaning and maintenance of the highway and tunnel.

The stretch will thus be closed until August 31, the TASR newswire reported.

One of the biggest projects

Zuzana Bieliková from the Slovak Audiovisual Fund said that the shooting on the D3 highway is one of the biggest projects that has ever come to Slovakia.

“Since 2018, when the Slovak Film Agency was established, we have been trying to promote Slovakia as a competitive country that can attract foreign filmmakers,” said Bieliková, as quoted by TASR. “And not only in terms of film professionals, but also the beautiful locations and friendliness for which the Slovak people are known.”

The investments foreign filmmakers make in Slovakia range from €800,000 euros to €5 million, according to Bieliková. She added that the Amazon show has been the highest amount yet.