Danube branch in Bratislava’s Petržalka will get four new bridges

Have a look at the winning designs. 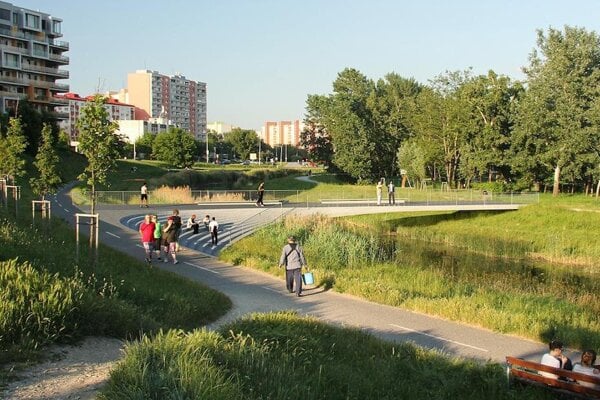 One of the winning designs for a bridge over the Danube's branch in Petržalka, Bratislava. (Source: Courtesy of MIB)
Font size:A-|A+1

The banks of the Chorvátske Rameno branch of the Danube in Bratislava’s borough of Petržalka will be connected with four bridges for pedestrians and cyclists. They will be designed by winners of an architectural competition.

“The best solutions for the first three bridges were designed by architects from the M2AU + AXXI architectural studio from Brno, Czech Republic,” said Annamária Ondrejková of the Bratislava Metropolitan Institute (MIB), as cited by the SITA newswire. "Slovak studio DOXA's design for the fourth bridge won.” 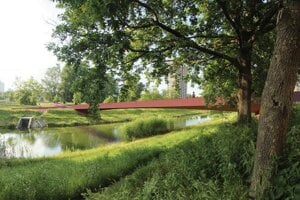 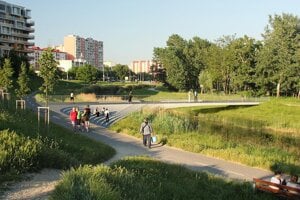 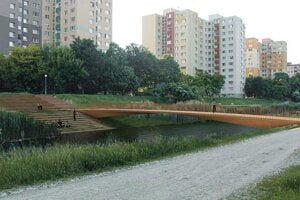 The aim of the competition was to find solutions for more comfortable access to public transport stops, which will be created after the existing tram line is extended from the current terminal at Jugmannova Street to Janíkov Dvor. Construction costs for the four bridges are estimated at €2.5 million without VAT.

All the bridges will be barrier-free with a suitable slope for wheelchair users. They also help to make better use of the Danube’s arm as a local recreational zone.

“The bridges will be made of concrete, which will simplify their maintenance and prolong their lifespan,” said Ondrejková, adding that their location is designed to connect existing and future sidewalks along with the tram lines and planned surrounding development.

The first bridge will be constructed in the section between Bosáková and Rusovská Streets. The second and third bridges will be built between Rusovská Cesta and Romanova Streets. The fourth bridge will replace the current pontoon bridge.

“The idea is to create a direct connection to the Veľký Draždiak lake by a sidewalk, which will culminate in the form of a pier above lake level,” said Ondrejková.