An image of the mass testing wins Slovak Press Photo

Young photographers are coming to the forefront, with a different view of the world, says head of international jury. 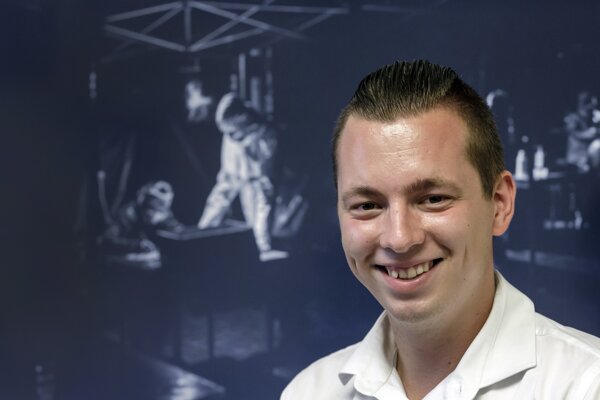 The main ‘Grand Prix’ award for the 10th-anniversary competition held by Slovak Press Photo was awarded to Daniel Stehlík for his photo in the #SpoločnáZodpovednosť (Collective Responsibility) series.

The picture depicts the atmosphere of the mass coronavirus testing, which took place repeatedly around Slovakia during the second wave of the pandemic last winter.

A total of 157 photographers entered the competition and sent 1,322 photos, which were divided into 146 series and 87 individual pieces. The names of all finalists will be published at least a week before the prize ceremony, set to take place on September 24, 2021 in Bratislava, competition director Jana Garvoldtová told the TASR newswire.

The jury was very impressed with the competing works in the category of students and youths up to 26 years of age, from which the winning piece emerged as well.

“We awarded prizes based on the quality of the photos in the category of news, but also based on the impact which the topic has on societal life,” said representative of the jury, Kadir van Lohuizen. He added that in Slovakia, as in the rest of the world, a new guard of photographers from the younger generation is coming to the forefront, whose view of the world is markedly different from that of the old guard.

“We are very happy that in spite of the conditions brought about by the Covid-19 pandemic, which caused a prolonged lockdown in Slovakia, eliminating cultural and sports events for an extended period of our lives, we ended up receiving many photos for the competition,” the director described the event.

Among the competing works, the theme of the Covid-19 pandemic and anti-lockdown protests dominated. Many contestants depicted the various domestic and foreign social problems, and examples of poverty and ostracism in their photos.

Everyday life and the international Long-term Document category were described as extraordinary in their quality compared to the other categories.

Works will be displayed by the Danube

An individual category is the Grant of Bratislava, whose theme for this year was Bratislava - the city on the Danube. The jury also gives out the Young Talent of the year prize annually.

After the prize ceremony, a gallery in a public space displaying the works of all finalists will be open at the Vajanského Nábrežie embankment in Bratislava between September 24 and October 31, 20201.