Delta will fine the unvaccinated

Restaurants, shopping malls, even neighborhoods, cities and whole countries would seemingly have similar motivations for action. 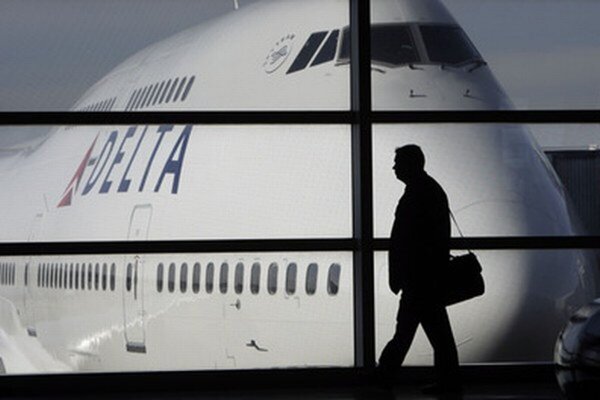 This week the American airline Delta took an interesting step to incentivise Covid-19 vaccination among their employees. From now on, unvaccinated employees will pay what amounts to a $200 monthly fine for every month they refuse to get the shot. Crazy as this sounds, it illustrates the burden vaccine skeptics are placing on the rest of society.

Besides sharing a name with the current rapidly spreading variant of the virus, Delta airlines has many incentives to take strong line against Covid-19. Their business depends on people feeling comfortable being locked in a cabin with others for extended periods of time. Restaurants, shopping malls, even neighborhoods, cities and whole countries would seemingly have similar motivations for action.

“The average hospital stay for Covid-19 has cost Delta $50,000 per person,” Delta CEO Ed Bastian wrote in a company memo. “This [$200] surcharge will be necessary to address the financial risk the decision to not vaccinate is creating for our company.”

While true that America’s for profit health care system is unique (it tends to inflate costs for medical care), Delta’s logic for instituting the additional charge has to do with the underlying principles of how health insurance is meant to work — whether the system is public or private.

Health insurance is a collective endeavor. Everyone contributes money to a common pool, some people spend more and some less. Healthy people subsidise care for the less healthy. They do so because they think it the right thing to do, but also because they trust that, someday, when they have their own health problems, others will do the same for them.

Like many American employers, Delta offers health insurance as a benefit to their workers. Delta negotiates with an insurer, and because they approach insurers with a guarantee of thousands of customers at once, they are able to negotiate a better price than individuals might get on their own.

And yet as the average patient's health care expenses rise, insurance companies are forced to raise prices too. That means if a certain group of Delta employees (say the unvaccinated) start spending a disproportionate amount on healthcare it eventually ends up costing everybody else more money too. The same dynamic holds in even the most socialised health systems. As prices rise, insurance contributions, or budget deficits, must rise too.

Even without a full hit from the Delta variant (yet), at 2,302 deaths per million people, Slovakia has the fourth worst Covid death rate in Europe — higher than Italy and 30 percent more deaths per capita than Spain. Spikes in Slovak cases have generally come a few months after Western European spikes. This, along with continued low vaccination rates, make it likely Delta will spread sooner or later — and health care costs will rise in tandem.

That means your neighbour’s refusal to get vaccinated isn’t just unnecessarily risking people's lives and adding to long term uncertainty, they are actually stealing money from your pocket.