In this part of Slovakia, you will quickly forget about the Tatras and Bratislava

The Malá Fatra region is home to one of the most vibrant Slovak cities, but it is Terchová and nearby hills that you will fall in love with. 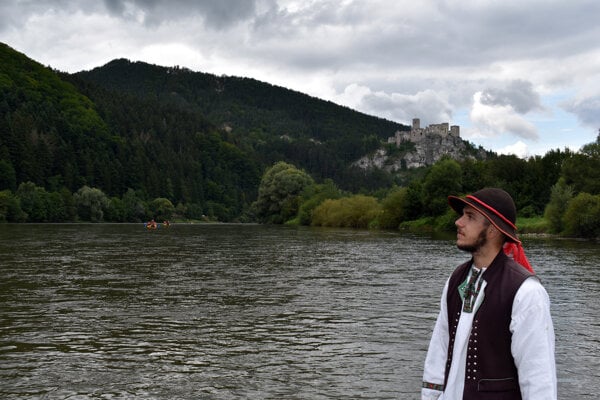 Strečno resident Ivan, 21, works as a rafter from April to October. He has been doing this job for six years. Strečno Castle can be seen in the background. (Source: Peter Dlhopolec)
Font size:A-|A+  Comments disabled

“I hate Strečno,” a tourist – and potentially a driver – shouted from a wooden raft on the Váh river.

She referred to a notorious and frequently congested road running alongside the river near the village of Strečno. Several centuries ago, some may not have favoured Strečno Castle. Not only did it defend the regional border well, but road tolls used to be collected here.

Today, the restored ruin attracts tourists from all over due to its spectacular views of the valley and nearby hills, as well as for the story of Žofia Bosniaková, who lived in the castle in the 17th century.

“I like and walk to Strečno,” said David Cartwright, a Briton working at the New Synagogue arts and culture centre in the nearby city of Žilina.

However, more than the castle, he likes the possibilities of the walks that visitors can do around the area, including a hike to a lookout tower above the castle where four different castles can be seen.

Slovakia’s longest river, the Váh, flows next to the village, which is situated a few minutes by car from Žilina. The river serves as a border splitting the Malá Fatra mountain range into two parts: Lúčanská to the south and Krivánska to the north. The latter, where the Malá Fatra national park spreads out, is home to the highest peaks of the range, waterfalls and the birthplace of the Slovak national hero, Jánošík.

But in Strečno, it is Žofia Bosniaková that is celebrated for her kindness, modesty and willingness to help poor and ill people at any time. She is often referred to as the Saint of Strečno. 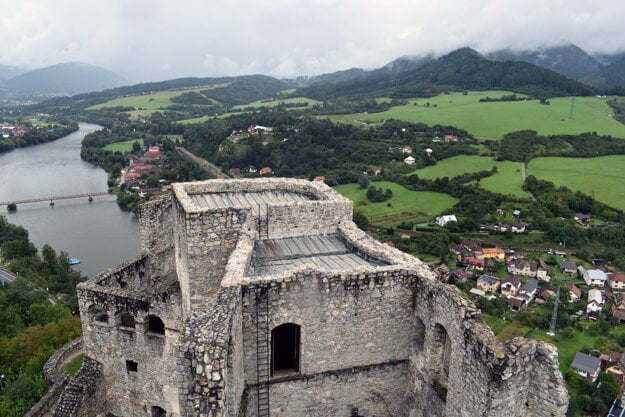 A view from Strečno Castle. The castle was built on a rock by the Váh river to protect the border it shared with another region. (Source: Peter Dlhopolec)

Tourists will learn more about her during their visit to the castle or a rafting trip on the Váh. Although wooden rafts have a long tradition in the area, dating back to the 11th century, they became a tourist attraction only two decades ago.

“I really like this job,” said rafter Ivan from Strečno, 21, who has been rafting with tourists since he was 15 years old.

Online reviews of this adventurous activity suggest it is a popular experience among many, highlighting the wit and storytelling of rafters. While they recount stories about different rocks, of which the rocks Margita and Besná stand out due to the legend linked to them, and the castles and old bridges seen down the river, they do not forget to keep tourists fresh with jokes during a largely peaceful adventure, disturbed only by the busy road. 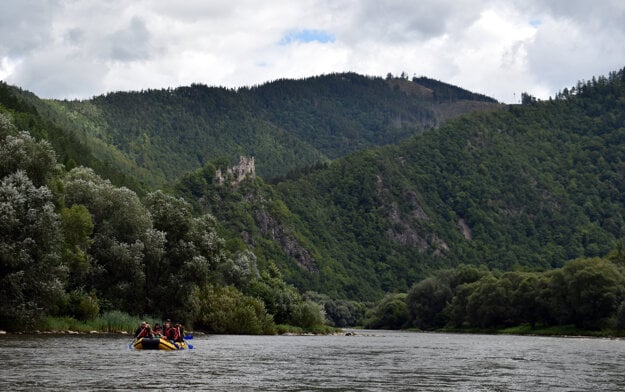 Rafters on the Váh River. The castle called Starhrad can be seen in the background. (Source: Peter Dlhopolec)

“Sometimes, I come up with these jokes on the raft; some are old, told by rafters before me,” Ivan said.

Though all rafters are trained, their early days on the job do not always go smoothly. Remembering one incident, in particular, Ivan said, smiling: “I fell off the raft near the rock Besná.”

Briton in love with Žilina

Many other amazing places scattered around the Žilina Region are easily reachable from its capital Žilina. With a population of 82,000 people, it is one of the largest cities in the country. 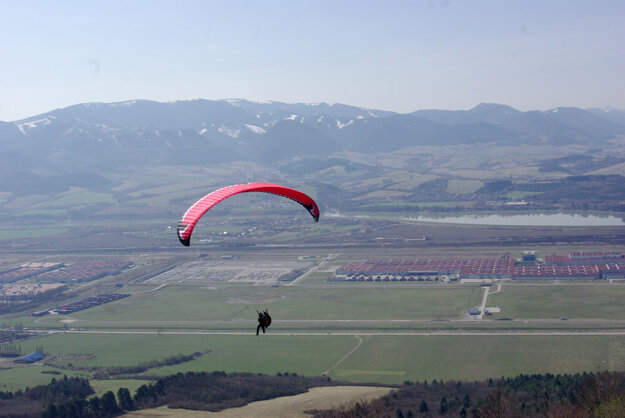 A paraglider has taken off from the Straník hill near Žilina. (Source: Pavol Ďurčo/TASR)

“Žilina, for me, really has everything that I could want,” Cartwright said. “It is a place where, if you want to, you can meet friends walking down the road.”

And while you can build a community around you or become that unknown face in a crowd, according to Cartwright, he also loves that Žilina is integrated into nature. The Straník hill, a liked place among paragliders located six kilometres from the city, is a “really special place” for him since it was one of the first walks that he did near Žilina. 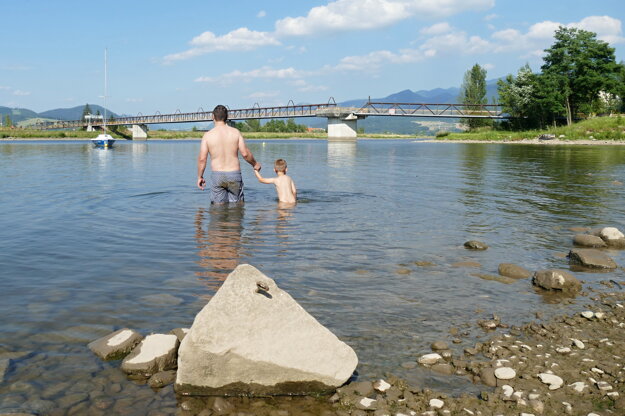 “I get on the next train and pick the number of a stop, get off at that stop, and go for a walk until the next train,” he said about the way he discovers the region.

Within a walking distance from the city, tourists can visit Budatín Castle or the Dubeň lookout tower on a hill above the railway station. The Žilina water dam was built right next to the city.

But Žilina offers a vibrant social and cultural life too. Its squares, such as Mariánske Square and Anton Bernolák Park, and several cultural institutions are crowded with people in the evenings. One of the most popular venues is the independent cultural centre Stanica-Záriečie, housed in a railway station building, where Cartwright used to volunteer. 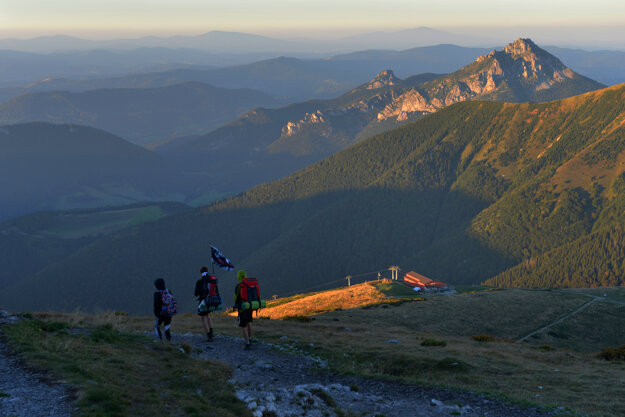 Tourists walk down from the Veľký Kriváň peak. (Source: TASR)

Looking back at the past two years, he said about his life in Žilina: “I had no idea what I was getting myself into, but it was one of the best decisions I have ever made in my life.”

Terchová is no longer just about Jánošík

A 40-minute bus ride east of Žilina takes tourists to the village of Terchová. Many things in the village are related to the national hero Jánošík, who was born here in 1688. Apart from statues, a symbolic house, or a Jánošík museum, people come here to climb the popular Jánošíkové diery gorge, where plenty of waterfalls, footbridges and ladders can be found.

Also, the village is widely known for its folk music festival Jánošíkové dni, which was established in 1963. Local folk music was, moreover, inscribed on the UNESCO list of intangible cultural heritage in 2013.

“One of the strongest festival moments is Friday evening when almost a hundred people from Terchová play different instruments and sing on stage,” said Róbert Hlaváč, who is involved in local tourism.

But Terchová does not want to be promoted just as the birthplace of Jánošík. It hopes to attract more tourists to cycle and ski in the nearby hills or hike the Krivánska Malá Fatra ridge, which includes peaks such as Chleb, Stoh and Veľký Kriváň.

“Wherever you are in Terchová, you always see this beautiful peak of Veľký Rozsutec. It has some magic that makes you feel very comfortable,” Hlaváč also noted. 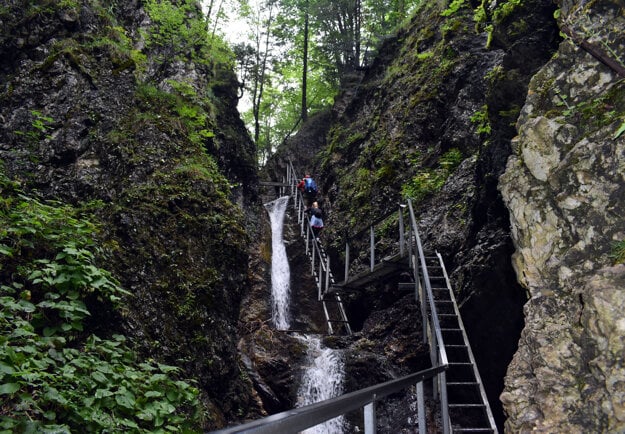 The Jánošíkové diery gorge, which is divided into three hiking trails, is one of the most popular places to climb in Terchová. (Source: Peter Dlhopolec)

The peak, although it is not the highest peak in the Krivánska Malá Fatra range, is also portrayed in the logo of the Malá Fatra national park.