Covid booster shot will be available in Slovakia from Monday 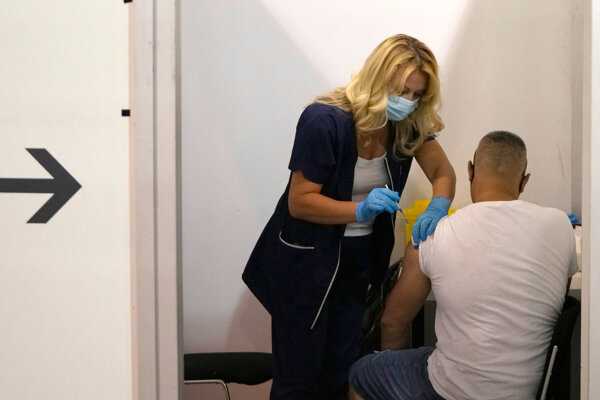 The third vaccine shot, also known as the Covid booster shot, will become available in Slovakia. This decision comes after a similar plan for further immunisation of the population was announced in several other countries, including the neighbouring Czech Republic.

“I believe that it will contribute to the greater protection of patients and a lesser strain on health care facilities,” Health Minister Vladimír Lengvarský told the media on September 8.

The discussion on the third dose has been ongoing in Slovakia for a while. The government made the decision on the recommendation of experts before the European Medicines Agency (EMA) evaluated data on the booster dose.

Re-vaccination with the third dose will be available from September 13 to all people who had their second dose at least eight months ago. The booster dose will be one of the mRNA vaccines (either Comirnaty from Pfizer/BioNTech or Moderna), regardless of the type of vaccine the person has received.

Health care workers, people with weak immunity, workers and clients in social service facilities, teachers and school employees as well as seniors above age 60 will receive priority. Then the whole population will have the chance to receive the third dose.

Just like the first two doses, the third dose will be voluntary, the minister stressed. He said that after the rollout of the booster shot, people with two doses will still be considered to be fully vaccinated.

Not just about antibodies

The first people to be vaccinated in Slovakia received their first dose on December 26, 2020.

In the first months of 2021, mostly health care professionals and seniors were vaccinated. Teachers were receiving their first jabs in mid-February.