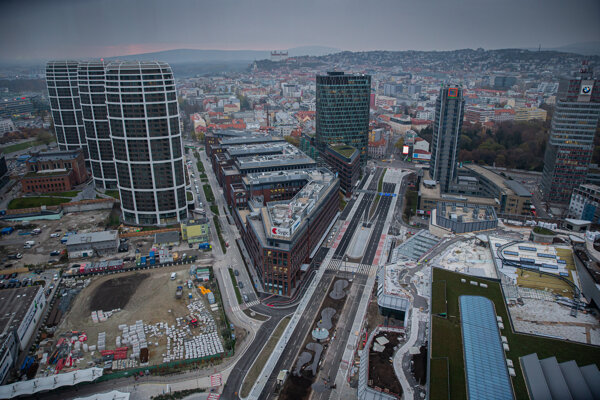 The Nivy compound together with the bus station on Mlynské Nivy Street in Bratislava will open to the public on September 30.

Developer HB Reavis said that together with the terminal, they will open shops, services, a gastro zone and a green roof.

The new bus station in the capital will have 36 platforms, seven exit platforms, and 86 spots for buses with barrier-free access.

Travellers can access the terminal 24/7. The premises of the station will be underground, where travellers can go shopping, enter the drugstore or buy some fast food. 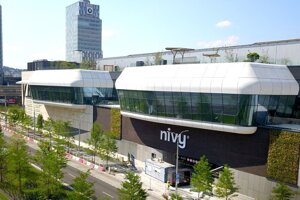 “They can use luggage storage and visit information desks. Families with children also have access to a changing and feeding room,” the investor said. The complex includes a chill-out zone with benches that seats up to 80 people. Free wifi is accessible around the whole station and there are several charging outlets for phones.

There will be nine LCD TV panels, a large LED wall with information about departures and arrivals similar to those found at airports and several self-service touch screens.

The Nivy compound project is a combination of the international bus terminal, a shopping centre, a market and a high-rise administrative building. The green roof includes a running track, exercise and picnic zones, a community garden and children's playgrounds.

Construction began in May 2017 with the administrative building Nivy Tower. Redevelopment work on the old bus station at Mlynské Nivy started in October 2017 and was finished in January 2018. The function of the existing bus station is substituted by a replacement bus station on Bottova street in Bratislava. The investor also built the Mlynské Nivy boulevard near the station.