We must not reduce faith to mere sugar to sweeten our lives, Pope Francis says during national pilgrimage on his last day in Slovakia. 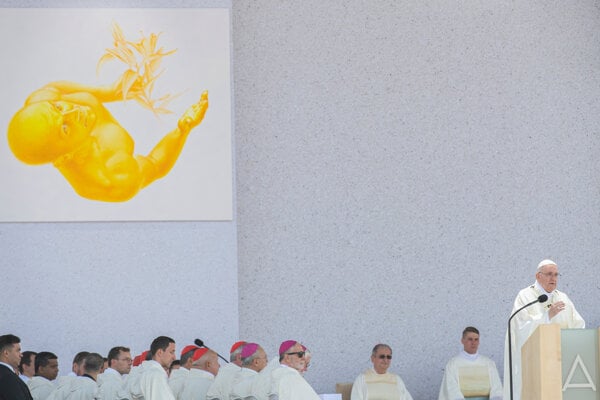 Pope Francis is wrapping up his four-day tour of Slovakia with the message that the Church needs to make progress.

Speaking to the cardinals, bishops, priests, as well as tens of thousands of adherents gathered for the national pilgrimage in the western-Slovak town of Šaštín, the Pope thanked all the pilgrims who arrived to Šaštín from all around Slovakia and beyond, for leacing their comfort zone and not getting stuck in ancient rites, encouraging people to keep moving.

"When the Church stops moving, it becomes ill," the Pope said. Don't stop, the he continued. 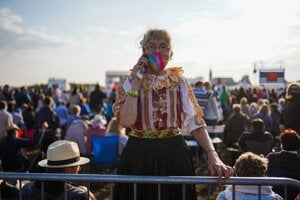 Our Lady of Sorrows, the patron saint of Slovakia, is an example for the Slovak nation of a faith in constant motion, that is not static, said Pope Francis during the homily at the mass in Šaštín. He asked Slovaks to stay on the path.

“With walking, you are resisting the temptation of a static faith that will satisfy you with a ceremony or old tradition,“ Pope Francis said. 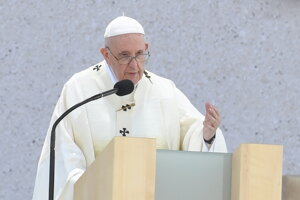 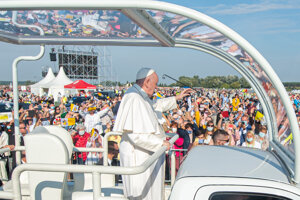 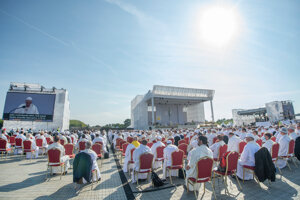 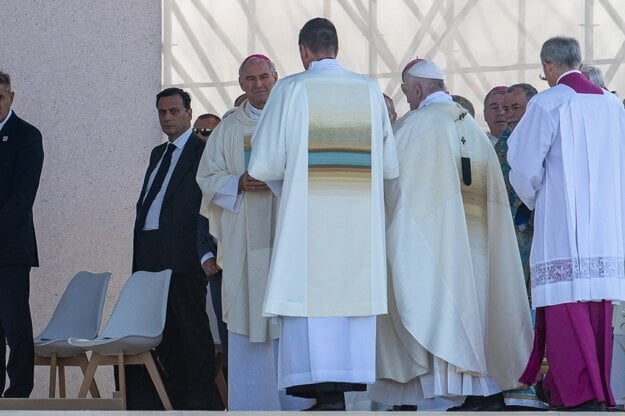 Among the religious figures who joined him on stage was the recalled Trnava Archbishop Róbert Bezák. Pope Benedict XVI removed Bezák from office on July 2, 2012. The Vatican still has not revealed the reasons for this decision. Francis had been showing sympathy to Bezák in recent years, meeting with him and his family in Bratislava on Monday. 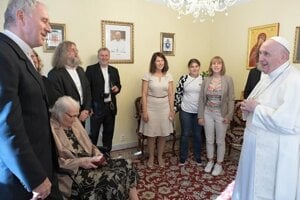 Faith is not just life's sugar

The Pope stressed that we must not reduce faith to sugar, which merely sweetens life.

"Jesus is a sign that they will oppose. He came to bring light where there was darkness, whereby darkness came to light and had to give way. Therefore, darkness is still fighting against him," he said.

Today’s Slovakia, according to the Pope, needs its prophets who will bear witness to the beauty of the Gospel with their lives and who will engage in a dialogue.

The Pope also called for a compassionate faith, solidarity with the poor.

The sermon of Pope Francis was followed by applause. He remained faithful to his own recommendation that he gave the priests at the Cathedral of St. Martin, being that sermons should not exceed 10-15 minutes.

"I carry you all in my heart," the Pope said at the end of the event. He laid a golden rose at the feet of the statue of Our Lady of Sorrows, as his gift to the national shrine in Šaštín.