Nitra is the first city in Slovakia to become home to the pieces. 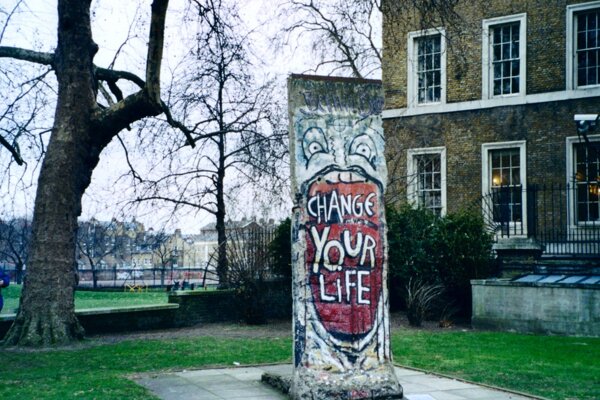 Though many fragments of the Berlin Wall have been placed around the world, the very first pieces were delivered to Slovakia this past weekend.

They will form part of a new monument in the city of Nitra alongside one more L-shaped fragment, yet to arrive from the Berlin Wall Museum.

“The concrete slabs on Bernauer Strasse were among the ‘first contact’ points where desperate attempts to escape from communism began and often ended,” Nitra mayor Marek Hattas posted on Facebook.

The Slovak city, which has been trying to obtain the pieces since 2014, will thus join other worldwide cities which, with fragments of the Berlin Wall, remind people that freedom cannot be taken for granted.

Nitra has not yet decided where in the centre the monument will be installed, but the spokesperson for the Diocese of Nitra, Tibor Ujlacký, who has been involved in the effort to obtain the fragments for a long time, revealed more details about the donated segments.

“The first three fragments come from the lower wall and are rare in that the hands of refugees who tried to climb through the wall and escape to the free world actually touched them,” he told the TASR newswire.

The fourth fragment comes from the higher wall, which stood behind the initial lower wall.

“Refugees usually did not get to this higher wall because they were mostly shot by the border guard,” Ujlacký added.

A military vehicle carrying the Berlin Wall fragments arrived in Nitra on the morning of October 9.