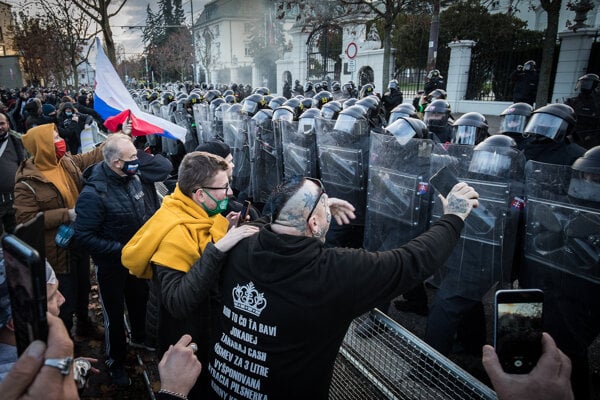 Fear and anger are two of the dominant emotions that a large section of Slovak society displayed in reaction to the COVID-19 crisis, President Zuzana Čaputová said in her “state of the republic” address to parliament at the end of September.

President Čaputová was referring to the current climate in Slovak society where extremist rhetoric and the use of radical narratives are becoming a normal way of speaking for some politicians – and not just those at the extreme end of the political spectrum.

Observers point out that when “mainstream” politicians start to use narratives that cleave close to those of extremists, only extremism benefits.

The popularity of Robert Fico, the former prime minister and chair of the social democratic Smer party who is currently an opposition MP, has received a boost lately. While only 19 percent of voters trusted him in November 2020, that figure had risen to 29 percent by September, according to a poll by Focus.

Fico is among the worst of the politicians who nurture what Radoslav Štefančík, a political analyst from the University of Economics in Bratislava, terms “pub talk”.