The breathtaking extent of Fico’s cynicism is revealed in leaked tapes. 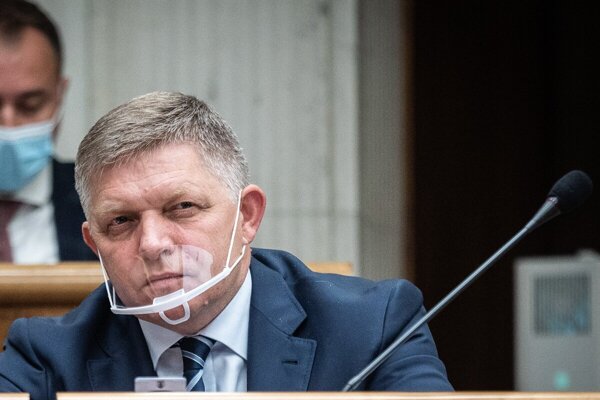 Welcome to your weekly overview of news from Slovakia. Leaked videos expose Robert Fico in discussions with people affected by major corruption cases. The epidemic is gathering pace again. A reform of national parks has been postponed. Newly opened sections of highway connect the east and west, via Slovakia and Hungary.

Fico talks about about Kočner and Covid

A former prime minister, his former interior minister, the father of an oligarch charged with corruption, the son of a former police chief charged with abuse of power, the attorney of a mobster accused of ordering the murder of a journalist (and serving a lengthy prison sentence for forgery). They gather in a seedy-looking hunter’s cottage in the countryside. The meetings last for hours. They talk in exhaustive detail about the various criminal investigations which affect them and their associates. If one can judge a man – and they are all men in this story – by the company he keeps, this is an ugly tale.

Videos that have recently been leaked to the media show opposition Smer party leader Robert Fico – who was prime minister from 2006 to 2010, and again from 2012 to 2018 – meeting with a series of people directly involved in high-stakes criminal cases. Even speaking in private, their words and topics are carefully chosen and unlikely to land anyone in custody. But their content and context is potentially explosive – or would be, if Slovakia’s public had not been rendered numb to such revelations.