Dive into the latest travel, culture and ice hockey stories, starting with the chamois of the Tatras. 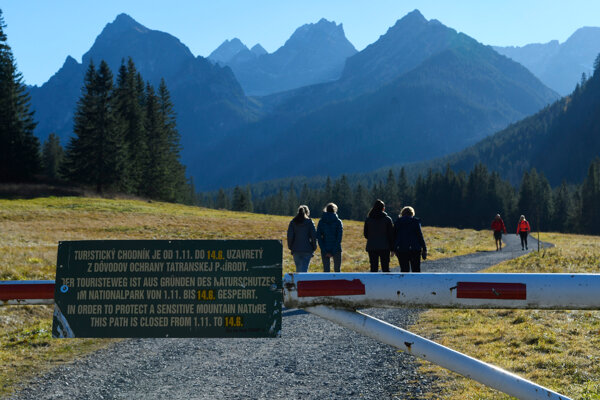 Most hiking trails in the High Tatras were closed on the first day of November. (Source: TASR)
Font size:A-|A+  Comments disabled

In this week’s roundup, we are writing about chamois in the Tatras, comets, Slovak hockey players, and upcoming events. 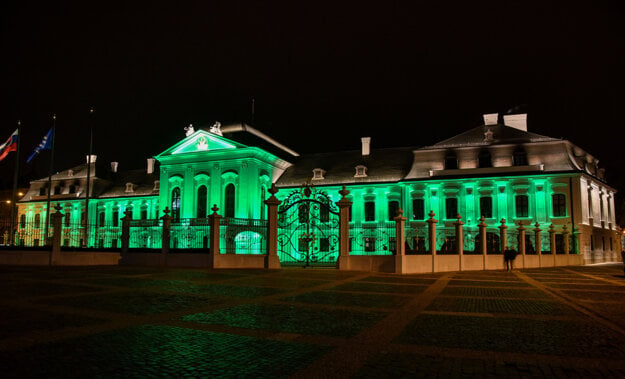 The Presidential Palace was lit green on November 1 and 2 in the evening on the occasion of the COP26 climate conference in Glasgow. (Source: TASR)

Chamois in the Tatras counted

At least 1,095 chamois will spend their winter in the Tatras National Park.

"Our expectations that the total numbers would be higher remained unfulfilled," said zoologist Jozef Hybler.

Based on year-round observations, however, it is assumed the real chamois population in the Tatras is slightly higher than the autumn count showed. While on the Slovak side of the Tatras experts registered 781 chamois on the day of counting, 314 were counted in Poland.

"However, it cannot be inferred from this that only a few chamois have made it to this winter, as up to 64 percent of chamois could not be identified in more detail over long distances, either by age or by gender," the zoologist added. 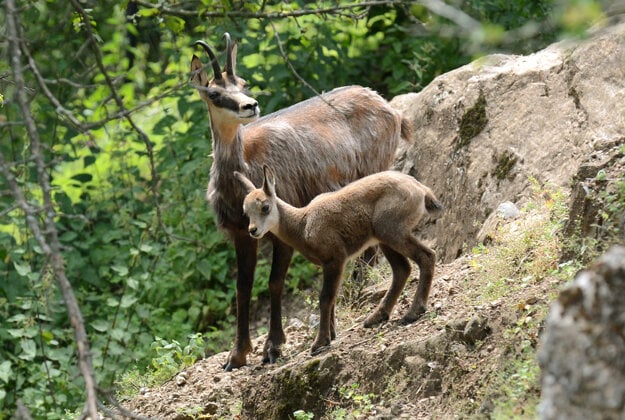 More than a thousand chamois will winter in the Tatras this year, the latest count has shown. (Source: TASR)

Chamois in the Tatras National Park are counted twice a year - always in the spring and autumn. While the spring counting is mainly focused on detecting the number of newborn chamois, the autumn one maps the number of chamois before winter.

Last autumn, experts counted a total of 983 chamois in the national park, of which 653 were spotted on the Slovak side of the Tatras. However, the highest number of chamois, 1,431, was counted in the autumn of 2018.

Hiking: Most hiking trails in the High Tatras were closed on the first day of November once again but some hiking trails are still open. Check out the trail map.

Church: Košice residents love their seminary church for its underfloor heating. Yet, this is not the most extraordinary thing about the church.

Lake: Skalnaté pleso, a mountain lake under the iconic Lomnický štít peak, has dried up completely.

Pull your telescope out

With just a small telescope, night sky enthusiasts will have a chance to observe two comets that were seen from Earth in the past.

After six years, the short-period comet Churyumov-Gerasimenko, discovered in 1969 by Ukrainian astronomers Klym I. Churyumov and Svetlana I. Gerasimenkova, has returned to Earth.

"It has crossed the perihelion on November 2 and will be visible from Slovakia practically all night until the end of the year, except during twilight," said Ján Svoreň from the Astronomical Institute of the Slovak Academy of Sciences.

Astronomers discovered the second comet, Leonard, which has an orbital period of about 70,000 years, earlier this year. Its brightness will be on the verge of visibility with the naked eye. People in Slovakia will be able to observe the long-period comet until December 10, 2021.

"In November, it will be visible from Slovakia in the second half of the night, at the beginning of December in the morning before sunrise," Svoreň noted.

Leonard is expected to approach the Earth at a distance of 34.9 million km on December 12, and if astronomers’ expectations are met, it will be the brightest comet of 2021. In early January, Leonard will then leave the solar system.

Events and other developments: 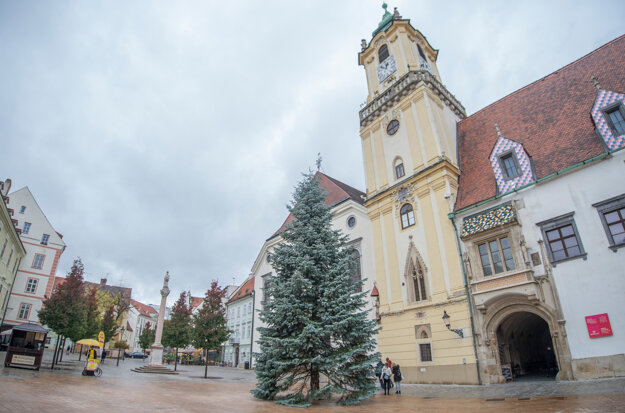 A 15-metre-tall Christmas tree has been installed on Bratislava's Main Square. (Source: TASR)

Due to scandal, Hossa celebration delayed

The night during which the Chicago Blackhawks wanted to honour its former hockey player Marian Hossa has been postponed amid the fallout following an independent investigation into sexual assault allegations made by former player Kyle Beach against his coach.

Marian’s Legacy Night was to be held on November 9, but the club said in its statement that it was now the best time to "reflect rather than celebrate." 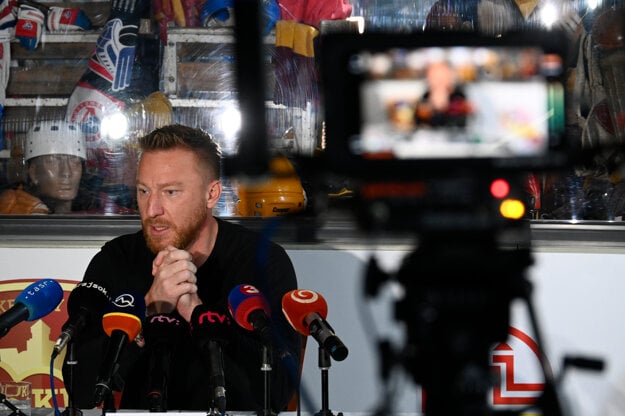 Marián Hossa during a press conference on November 2, 2021 in Trenčín. (Source: TASR)

Beach alleges he was sexually assaulted by assistant coach Brad Aldrich in 2010, around the time Hossa joined the Blackhawks, but the team failed to investigate the incident, although Aldrich was later laid off. Hossa said he did not know about the alleged assault, and that was what he told investigators recently.

"I was fully focused only on hockey," he said during a press briefing on November 2. "However, I think it is right that those who knew about it have stepped down in recent days."

The 42-year-old player, who will be inducted into the NHL Hall of Fame on November 15, also called for the creation of an organisation that could prevent similar cases in the future.

The Chicago Blackhawks, which has been fined $2 million by the NHL for its failure to respond to Beach’s claim 11 years ago, when the team won the Stanley Cup for the first time since 1961, apologised this week to Beach for not supporting his allegations.

Passing down the streets in one’s home and taking the same road every day to go to work, one hardly ever stops to think how the places they see every day looked in the past. 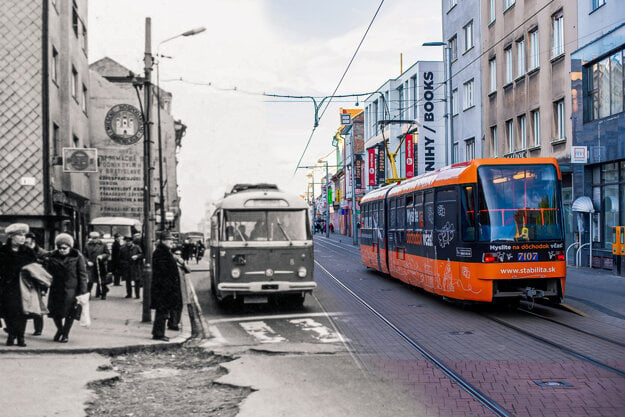 Bratislava in the past and today. (Source: Kristián Majzlan/Hiroäs)

Photographer Kristián Majzlan is an exception. Together with his colleague Michal Pavlov of the Hiroäs marketing agency, he created a project where the present and the past are espoused in each individual photograph.

The historical photos of towns have fascinated Majzlan since his teenage years. He liked taking photos of the places where he lived. But when he would show the pictures to his friends, they would show little enthusiasm, knowing close to nothing about the places.

"I had nobody to share my passion with until I came up with the idea of The History is Present project," Majzlan said in an interview with The Slovak Spectator.

Thanks for joining me. Have a great weekend. - Peter