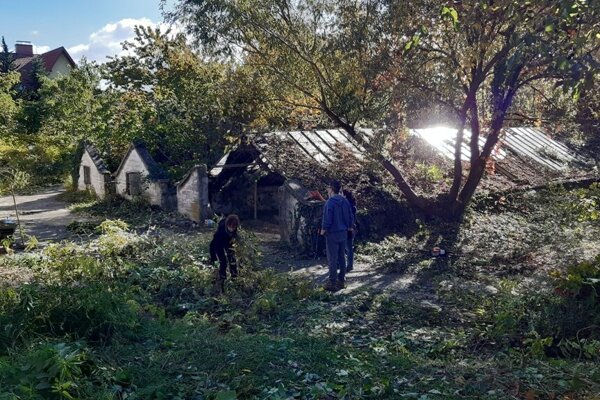 Hidden amongst family houses in Bratislava’s Prievoz, neglected and overgrown by the pioneer woods, the Csáky aristocratic garden centre awaits its new fate.

After the Bratislava city council scrapped its plans to replace the old greenhouses with municipal rental apartments in May, the non-governmental organisation National Trust of Slovakia began organising volunteers to clear the premises prior to future discussions on its new future.

The Csáky garden centre is the last one of its kind on the territory of today's Slovakia. The National Trust, the organisation behind the popular annual event the Weekend of Open Parks and Gardens, sees it as worthy of returning to life.

“This place is connected with our city's and our country's history. With the Csáky family, there is also an important international context,” Andrea Turanská of the National Trust told The Slovak Spectator. “If we allow the garden centre to be demolished, we would destroy the only tangible evidence of its existence, and with that we would condemn much of our memory to oblivion.”

Volunteering in the Csáky garden centre

While old greenhouses were rebuilt and modernised as well as many new greenhouses built here since the 1960s, each phase of the garden centre has a historical value, the National Trust believes. Its experience is that a monument can survive only when life returns to it along with the functionality it was created for. In this case this is a reality as a community garden and a space for the meeting of Prievoz’s citizens could be created, noted Turanská.

As the owner of the premises the Bratislava city council wants to hold public discussions prior to making a final decision on the future usage of the former garden centre.

A garden centre with an aristocratic history

Count Eugen Csáky and his wife Rudolphina built a romantic manor house in the eclectic style. The house was surrounded by an English park at the site of a former hunting castle they bought in 1875 in the locality known as Prievoz, part of Bratislava today. The edifice attracts the attention of passers-by with its romantic, even fairytale look, Turanská noted. 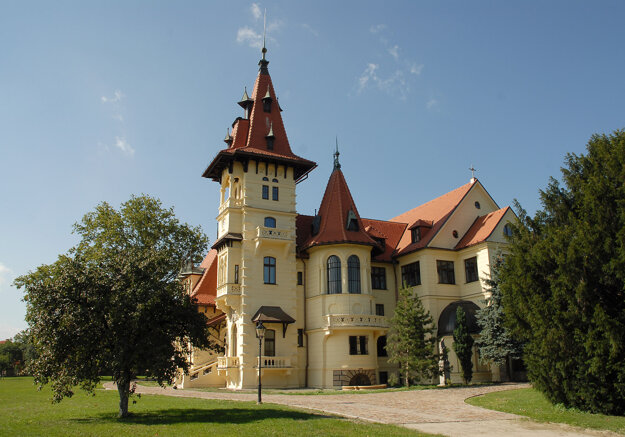 “It was one of the last manor houses of its kind on our territory,” said Turanská.

There was a farm yard, including a garden centre. Greenhouses were allegedly part of the manor house at that time, but there are no documents proving their existence.