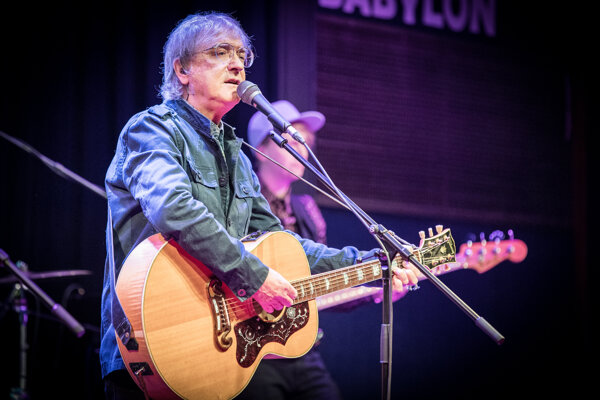 Miroslav “Meky” Žbirka, a Slovak singer and composer who lived in Prague, died at age 69 on November 10, 2021.

The son of a Slovak father and an English mother was born in Bratislava in 1952. He had two elder brothers.

Žbirka was known as a devoted admirer of The Beatles. He even recorded several songs and one of his last albums, the Double Album (2018), at the Abbey Road studios in London.

He had access to foreign music as a young boy thanks to his English mother, Ruth Gale.

She met his father Šimon Žbirka in 1943 in London, while he served there as a Czechoslovak soldier during World War II. After the war, they married and moved to Bratislava.

His mother taught Žbirka English, while his older brothers, Jason and Anton, introduced him to English music.

Žbirka was a performer loved by generations of Slovaks and Czechs. His music was always reminiscent of the 1960s and the Beatles, his favourite band.

One highlight for him as a musician was meeting Paul McCartney after his first Prague concert in 2004.

"Come in, I want to talk to you, you're a musician. You know what? I will play you a new thing, you need to hear this," Žbirka later recounted how McCartney invited him to spend time with him after the concert. "Before I knew it, Paul took an acoustic guitar and the familiar voice suddenly singing just one metre from me. He played the whole song Follow Me, while I only stood there astonished. At the end I came to, and I joined him in the chorus. Then he asked me what I thought of it. I said: great chords. And he: simple, you see."

A long and fruitful career

Žbirka launched his career at the age of 15, and became famous a year later. He became a member of the Modus Club band, renamed Modus. The band, where he played with the other popular singers Janko Lehotský and Marika Gombitová, had several popular songs and won several awards at Bratislavská Lýra, a Czechoslovak festival of popular songs that took place between the years 1966 and 1989.

He later left Modus and founded another band, Limit, then launched a solo career. He recorded several popular songs as well as duets, many of them with Gombitová. The two even starred in the film musical Neberte Nám Princeznú, a modern version of the Snow White and the Seven Dwarfs.

Žbirka performed at several other festivals and won more awards during his career, including the Kärnten International festival in Villach (Austria), with an English version of the duet V Slepých Uličkách (Love Song), which he had recorded with Gombitová.

He won several Zlatý Slávik (Golden Nightingale) awards, given to the most popular singers first in Czechoslovakia, then Slovakia.

He also received the Pribina Cross 1st class state decoration from then president Andrej Kiska in 2019. 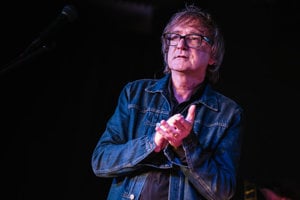 There is even an asteroid named in the singer’s honour – Asteroid 5895 Žbirka, discovered by Czech astronomer Zdeňka Vávrová in 1982.