She did not speak a word of English when she moved to New York. Now she teaches German to Americans

Eva Malíková left behind a successful business in Slovakia and started a new life in the US. 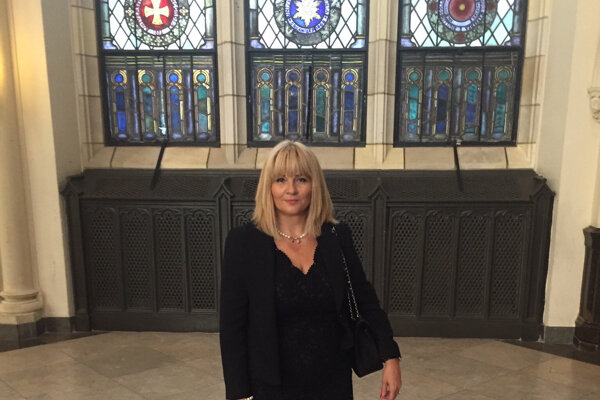 Eva Malíková ran a successful company in Slovakia, and a teaching job that fulfilled her. When her husband received an offer to work in New York in 2000 though, she did not hesitate and moved the whole family of five to the US - even though she did not speak a word of English.

As a language teacher, she thus had a chance to apply her language teaching methods on herself. Five years later, she mastered English so well that she was able to teach American students at a high school in New York.

Today, Malíková teaches German language at the High School for Math, Science and Engineeering in Manhattan, a school with the biggest German programme on the east coast of the US.

"In the US, the principal can decide which foreign language to focus on," Malíková said, explaining the motivation of American students to learn German. "Our principal considers German an important world language for business and science, as well as a connection to one of the major markets in Europe, opening the door to internships. German is rather a minority language in New York, compared to Spanish, for example."

Before her departure for New York, Malíková had taught German for 12 years at a secondary school in the western Slovak town of Topoľčany, but she was discontented with the remuneration. That was why, after the fall of the totalitarian regime in 1989, she started her own business in cooperation with a German supplier, Gerster. They made curtains, and the first pair she made went to the Presidential Palace in Bratislava. Many decorate buildings of embassies to this day. 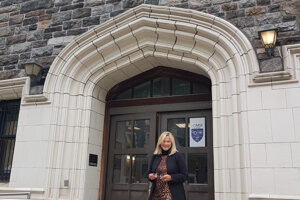 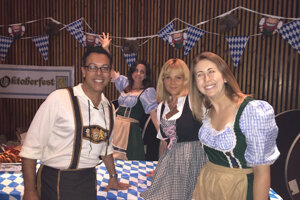 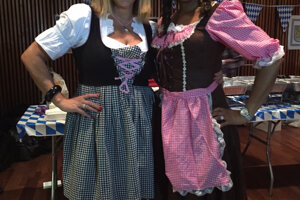 A school open to cooperation and to the world

At the Manhattan school, Malíková is the head of department for foreign languages and music. "We cooperate with the German Embassy in New York, as well as the Goethe Institute and the University of Cologne, which also has a branch here." The cooperation allows them to bring interesting guests from Germany directly to the school.

In cooperation with the association of German language teachers, Malíková's students are regularly submitted to the German national test. "Our students regularly win gold medals, and their holders then receive a trip to Germany."

Since university studies are expensive in the US, the students also welcome the possibility to continue their studies in Germany, free of charge within a scholarship programme of the Goethe Institute.

"I consider learning about foreign cultures immensely important. That way students gain knowledge about history and traditions of another country. That is also why we organise an Oktoberfest festival at our school every year," Malíková said. "I also motivate our teachers and the principal to come dressed in traditional German folk costumes."

Online teaching from one day to another

Like in most places of the world, teachers in Manhattan needed to quickly adjust to the new situation when the pandemic hit. "It was hard for us teachers, to become online teachers from one day to another."

Malíková realises having cutting-edge technology immediately at hand was key for the success of sudden online teaching. The Parents Teachers Association at her school purchased computers for students who could not afford to buy them. "They kept asking what we needed, they also sent us screens and headphones. The school also procured e-books for online teaching."

As a teacher, Malíková always focuses not just on what she is teaching, but also who she is teaching it to. "I do not hesitate to change a lesson depending on who I have in front of me."

Her lessons are divided into three different parts: warm-up, mini-lesson, and the work session.

"The warm-up is a sort of doorstep welcome, where I ask them how they are doing. My goal is for them to know that I take interest in them at a human level, too, and that they can turn to me."

Next is motivation. The teacher always comes up with a smaller story, often using examples from her own company, to motivate the kids to learn the language and to take interest in the topic of the lesson.

Then comes the work session, where students are divided in pairs or groups to work on the subject matter. "I walk around the room and help them when needed. I try to give the students a lot of room to present things on their own." Students thus learn team work, helping them be prepared to compete in the world after school.

In the US with no English

When her husband received an offer to work in the US in 2000, it was a big challenge for Eva Malíková and their three children, mainly because she did not speak a word of English then. "I have never been afraid of challenges in my life, and that is also my message to students in Slovakia. Have no fear."

As a teacher of languages, she suddenly became a student herself. All that she knew about teaching languages helped her learn English, so that five years later she was able to start teaching. She has been doing that for the past 16 years.

"After one year in the US I saw an ad in the New York Times advertising a teaching post. I was not even able to write my own CV, but I was curious and I went there," Malíková recalls. She did not get the job, because she did not have a teaching license then. "But it was a great experience, because I knew exactly what I was going to need the next time around."

Since the German language is not as common in New York, she used to commute one hour and a half from New Jersey to her first school in Queens.

"I consider all this as great experience - it helps to think, what is the worst thing that could possibly happen? It is not helpful to start with 'I will not succeed there' or 'they will not want me there'. My approach is that even failure teaches you something."

No need to fear

Malíková claims that Slovaks have a lot to be proud of - including their education that they can build a successful career abroad on. "My husband and I are living proof of that."

To this day she is grateful for her education to her alma mater, the Constantine the Philosopher University in Nitra, and her teachers, Professor Bátorová and Doctor Hockicková. Although she is an American now, she still considers Slovakia her home.

"I would like to return to Slovakia when I retire, and contribute with my experiences to improving our education system."