Paintings as a universal ambassador. A new art mosaic book tells the story of Slovakia

Foreign Minister Ivan Korčok's idea of cultural diplomacy has materialised in a book of visual art from the national gallery's collections. 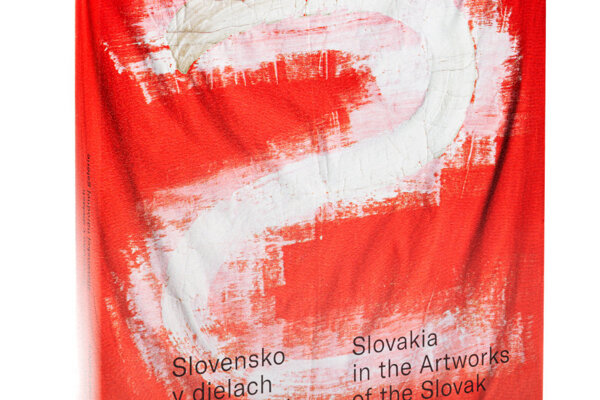 The book Slovakai in the Artworks of teh Slovak National Gallery (Source: Courtesy of SNG/Martin Deko)
Font size:A-|A+  Comments disabled

An image of a farmer in a folk costume with a pair of oxen next to an image of a Tatra truck, both with the High Tatras in the background, or folk ornaments literally questioned by conceptual artist Július Koller. A painting of the struggle of rural Slovaks for a better life with the distinctive brushwork of the famed Martin Benka juxtaposed with an image by contemporary photographer Boris Németh, of two tanks with an ironic undertone somewhere in eastern Slovakia.

“This book is not only one of many books about art,” said Foreign Minister Ivan Korčok at the launch of the book in early December. “It is a book about Slovakia, which tells the story of our country through art.”

The 416-page book is now dispatched to Slovak embassies across the world to promote Slovakia and raise interest in the nation abroad.

The minister, a vigorous supporter of cultural diplomacy, had the idea of publishing a representative book on Slovak artworks of timeless quality and to take a different look at the collections of the Slovak National Gallery (SNG).

“We have nothing better than the culture and knack of our artists to attract attention to Slovakia, arouse emotions and make ourselves memorable far out in the world,” he said.

The SNG, the most prominent gallery in Slovakia, welcomed this assignment while the pandemic provided the museum with unexpected time and focus for the project.

“The paintings are universal ambassadors; our publication's concept is based upon this belief,” said Alexandra Kusá, general director of SNG and co-author of the book. “We created a visual atlas – a slight shift from art history to visual culture.”

Irony instead of sentiment

Together with the curators Alexandra Homoľová and Pavlína S. Morháčová, they preselected some 600 works. As old art makes up only a smaller portion of the SNG’s collections they focused on modern and contemporary art to dominate the book.

They did not jump on the bandwagon of the Slovak myth closely connected to rural life and folklore. Instead, they chose the works to ironise, relativise or contextualise any sentimentality. They selected artworks that withstood the test of time, and even though they served different regimes, not because of their ideological obligations but for their timeless qualities. 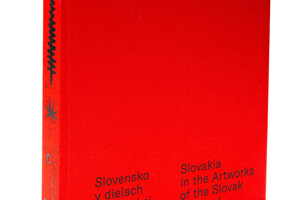 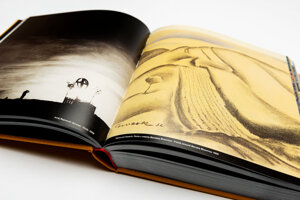 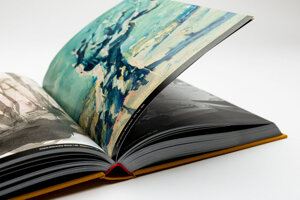 Slovakia in the Artworks of the SNG (7 photos)

“In compiling this visual atlas, we favoured the visual information contained in the artwork while shifting the actual artefact to the background,” said Kusá. “This approach allowed us to create a better narrative, compile and connect artworks and enable the viewer to experience the magic of 'accidentally' exposed closeness – speaking through images.”

The book features 400 artworks by 145 artists covering more than one hundred years of Slovakia divided into 21 chapters. These, in contrast with their poetical titles, began with a short and down-to-earth description of the given theme. Thus the chapter dedicated to mountains entitled Silence in the Highlands featuring, for example, pictures of the High Tatras, starts with the plain information that upland sand highlands make up almost 22 percent of Slovakia.

Other chapters are dedicated to religiosity featuring, for example, photos by Martin Martinček, the romantic cult of rural people and the lives represented, among others with a photo depicting disappearing blockhouses replaced by brick family houses, or even the climate represented by a photo of a stage from William Shakespeare’s Tempest by Aleš Votava.

The chapter Now or Never! on milestones in Slovakia's history starts with the unforgettable photo by Ladislav Bielik of the man exposing his bare chest to a tank in Bratislava in August 1968. The chapter Through the Deep Woods juxtaposes highly acknowledged former Ladislav Mednyánsky and one of the most promising contemporary painters, Andrej Dúbravský.

Others depict industrialisation and agriculture.

The chapter dedicated to the 1948-1989 period, the period under communism, is headlined Sad Morning Tram, a title of a poem by controversial poet Miroslav Válek, made into a popular rock song of the 1970s by composer Marián Varga and sung by Pavol Hammel. The chapter even starts with a photo by Juraj Bartoš of a sad woman sitting in a tram.

The authors did not omit the slogan often heard in promoting Slovakia as a tourist destination: that it contains every attraction except the sea. The chapter called The Land Without a Sea, features the artwork of Slovak artists depicting the theme of the sea; the dream of Slovaks pining for a sea is manifested in a photo by Anton Šmotlák of four old smiling female workers from a agricultural cooperative, paddling in the water.

Korčok, himself an art lover with an inclination towards contemporary art, actively participated in the selection of final works and he even selected the artwork for the cover – a white question mark against a red background by Július Koller.

“All the answers are inside,” he said at the launch of the book.