Nearly as many cars as people. Statistical yearbook says a lot about Bratislava

The 54th edition of the yearbook provides detailed data on the Slovak capital's population, climate, education, economy and more. 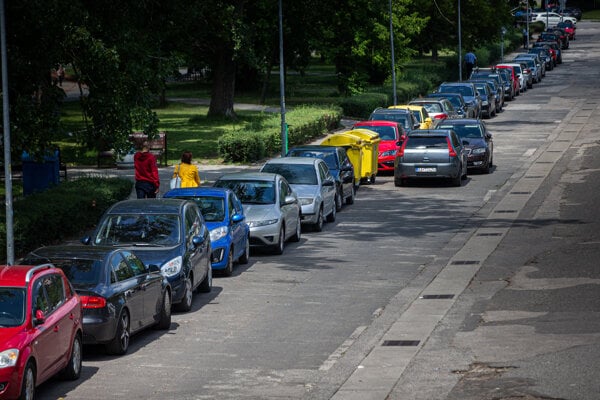 Bratislava has not responded to the growth of the numbers of cars responsibly. (Source: Sme - Marko Erd)
Font size:A-|A+  Comments disabled

While the Slovak capital's population has increased 1.5-fold over the last 50 years, the number of motor vehicles increased as much as 15-fold.

The Slovak Statistics Office published the 54th edition of the Statistical Yearbook of the Capital of the Slovak Republic Bratislava 2021 in late November. Comprising 250 pages and 20 chapters, the yearbook presents comprehensive data on Bratislava for the year 2020 through a wide spectrum of demographic, economic and social statistical information.

The number of permanent residents of Bratislava exceeded 441,000 in 2020. This means that the population of the capital ballooned 1.5 times over the last 50 years. In 1965, approximately 271,000 people lived in the city.

In terms of gender, statistics show that women have been dominating over men in the Slovak capital ever since the yearbook began to be published. There was almost 25,000 women more than men in 2020, about 232,100 women residing in the city.