We marked World Wetlands Day early in the week. Join us on a virtual trip to the Paris Swamps in this week's travel and culture roundup. 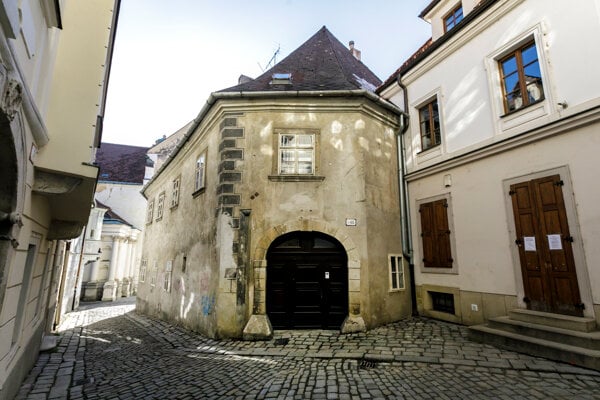 This week, you can head to the Paris Swamps, read an award-winning book on philosophy, or make a bird feeder at Bratislava Zoo. 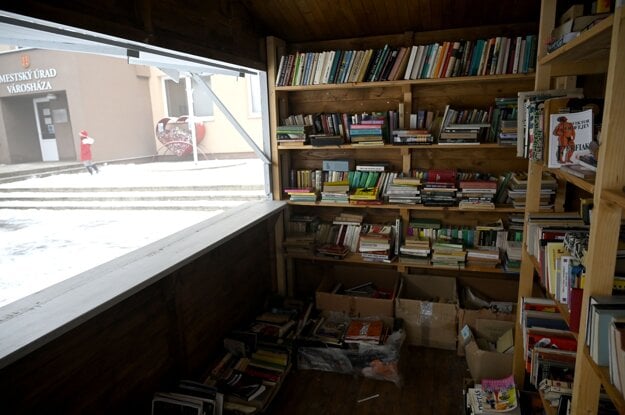 The Book House on the square in Veľké Kapušany, eastern Slovakia, on January 27, 2022. (Source: Roman Hanc for TASR)

Getting lost in the Paris Swamps

A bit of Paris, although green and quiet rather than vibrant and elegant, can be found in a village in western Slovakia.

The Paris Swamps, part of a national nature reserve, are located between the villages of Gbelce and Nová Vieska in the district of Nové Zámky. It is an extraordinary area in which visitors can find more than 170 species of birds, river otters and marsh turtles.

The swamps are visited by ornithologists from all over Europe, as they are the largest cane swamps in Slovakia.

The Paris Swamps cover an area of ​​184 hectares. Originally, the swamps were much larger. According to written records, they were up to three times larger. However, the lords at the time needed land for agriculture, so a part of the swamps was drained by experts from Paris. 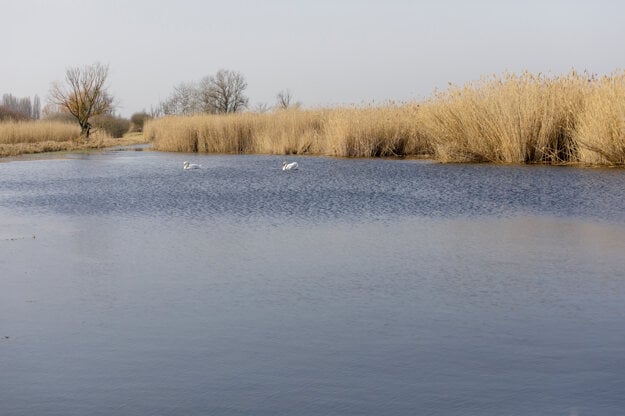 The oldest written mention of the lake is a 1731 description in Notti Comitatus Strigoniensis by Matej Bel.

Visitors can choose between two nature trails in the Paris Swamps. Most choose to set out on a walk from Gbelce - Trstinová Street. A look-out tower was built nearby.

Jon Stewart, an American philosopher and historian of philosophy working for the Slovak Academy of Sciences (SAV), has won a prestigious PROSE award. 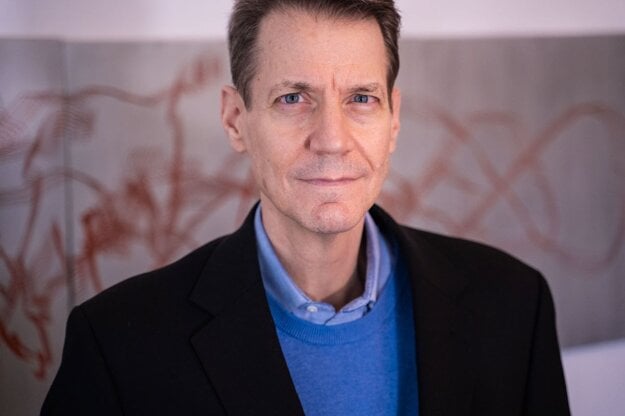 The prize, awarded by the Association of American Publishers, celebrates the best scholarly and scientific works.

“I humbly consider this award a valuable recognition of my research, but I have to share it with all those who have kindly helped and supported me at the level of the leadership of SAV and my institute,” said Jon Stewart.

Stewart from SAV’s Institute of Philosophy won the award in the Philosophy category for his book Hegel’s Century: Alienation and Recognition in a Time of Revolution, published by the acclaimed Cambridge University Press.

This is the first time that an employee of one of SAV’s organisations has received this award, the scientific institution said.

Hegel’s Century: Alienation and Recognition in a Time of Revolution is a panoramic study of the profound influence of the German philosopher Georg W. F. Hegel on the nineteenth century. 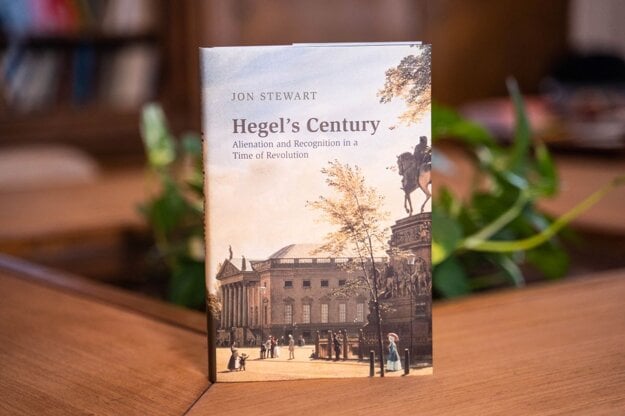 Hegel’s Century: Alienation and Recognition in a Time of Revolution by Jon Stewart. (Source: Martin Bystriansky)

Stewart studied at the University of California and has worked at several research institutes. Since 2018, he has been working as a researcher at SAV’s Institute of Philosophy. In his research, he specialises in continental philosophy of the 19th century with an emphasis on the ideas of S. Kierkegaard and G. W. F. Hegel.

Church: Medieval paintings and crosses - and a code - were discovered during the reconstruction of a church in Liptovský Ján.

Right after the non-profit organisation National Trust took over the very old Rómer’s House in downtown Bratislava from the Evangelical Lutheran Church in 2014, it began organising volunteer works so it could start using the space as soon as possible.

But volunteers discovered a historical wooden ceiling from the 18th century under plaster from the seventies in a ground-floor room. 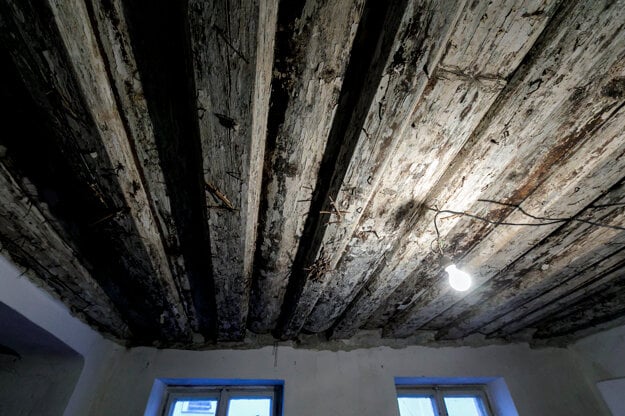 A wooden ceiling in Rómer's House in Bratislava. (Source: Dano Veselský for TASR)

Restorers are using remnants of white lime paint to analyse the baroque ceiling in the birth house of Floriš Rómer, a native of Bratislava and the founder of modern archaeology in historical Hungary.

The plan of the National Trust is to return the ceiling to its original beauty by the end of this year and use the house for public activities.

Read more about the ceiling in Jana Liptáková’s story.

Monuments: The list of Bratislava monuments has been expanded by a number of artworks and a filling station that no longer exists.

Zoo: Bratislava Zoo will run a workshop on February 5 for children on how to make a bird feeder and how to look after birds.

Bus: The last “accordion” bus owned by the capital’s public transport operator should be renovated.

Touched by tragedy, changed by experience

“The Himalayas and mountains taught me humility, which for me means an acknowledgment of, and respect for, universally valid principles such as gravity and balance,” Zoltán Demján says in the opening scene of the film ‘Dhaulagiri Is My Everest’.

As the world-renowned Slovak climber cooks his favourite Nepalese meal, dal bhat, on a wood range in the cosy, warm kitchen at his weekend cottage in Zázrivá, he talks about his expeditions in the snow-covered Himalayas and what he learnt from them. 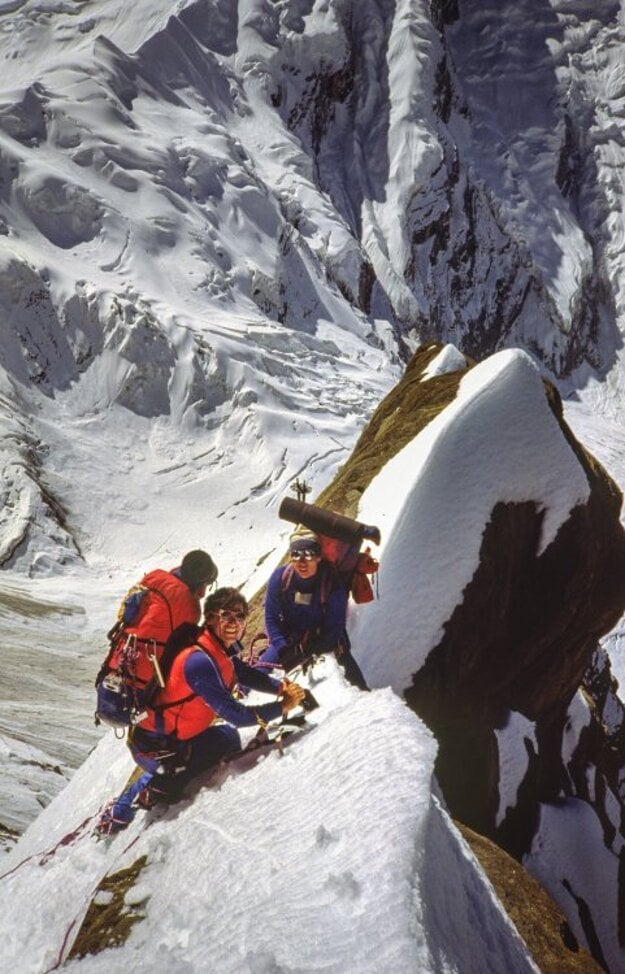 ​In the one-hour documentary film by award-winning Slovak documentary filmmaker Pavol Barabáš, which premiered in mid-January and has already won the Grand Prix as well as the audience award at the Poprad International Festival of Mountain Films in October 2021, Demján explains what is so important to him about the style.

That is it for now. Have a great weekend! - Peter